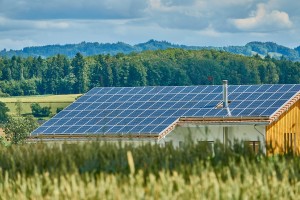 Gov. Chris Sununu has signed into law two bills aimed at encouraging the use of renewable energy in New Hampshire

The first, Senate Bill 262, was a compromise. Originally, it would have allowed businesses to increase net metering projects from one to five megawatts, a provision that Sununu has vetoed in the past. That didn’t make it into the final version, but it does contain two provisions will help solar developers. One requires the Department of Energy to come up with a program to standardize utility interconnect fees. This may seem a small thing, “but it has become a real issue New England-wide,” said Sam Evans-Brown, executive director of Clean Energy NH. “Different utilities have different rates that could be two, three, five times as much. It has sunk projects. There is a fundamental fairness issue here.”

The other tweak in the bill allows projects owned by municipalities to benefit from participating two renewable energy programs at once.

The second bill, SB 270, will help developers of solar projects that benefit low-income users, by giving them an “adder” net metering rate – 2.5 to 3.5 cents a kilowatt hour. “That’s a nice little boost,” said Evans-Brown, and it might make some community solar projects more financially viable.

Developers of such projects encountered difficulty in identifying people eligible to participate, and even if they could, eligibility can change from year to year. The utilities, however, know who is in the Electric Assistance Program, and the bill requires them to hand over the list to the Department of Energy. The bill also sets a limit – 6 megawatts in the aggregate – possibly limiting the number of low-income people that could participate.

“Inflation and rising energy prices hit our low-income families hardest, and this bill will help ensure that these NH families and communities can share in the benefits of clean energy,” said Sununu in a press release announcing his signing on Friday.

• HB 1256, which – among other things – appropriates $1 million to the state regenerative manufacturing workforce development fund.