For America to become the representative democracy we imagine, it will take diverse leaders who collectively represent the full spectrum of identities and experiences 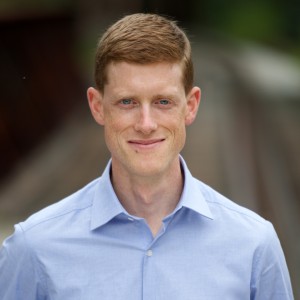 As any parent of young children will know, bedtime can be an elaborate routine. In our home, once bathing and brushing and reading and singing are over, bedtime ends with prayers. We try not to forget our elected leaders when we pray, and as soon as I say the name “President Joe Biden” my five year-old girl invariably pipes up with “Vice President Kamala Harris!”

Not surprisingly, the two are intertwined. A raft of academic studies demonstrates how “shared experiences operate as a critical mechanism for representation,” as women and people of color center the needs of their own and other historically marginalized groups. For example, a 2019 analysis of 88,000 communications between members of Congress and federal agencies found that female and BIPOC representatives are more likely to go to bat for constituents who share their core identities compared to male representatives of European descent like me.

The logic is simple enough: We humans are deeply formed by our relationships and experiences. We’re social and emotional, even tribal, by nature. And try though we might to transcend our own positionality and achieve some elusive ideal of objectivity, our natural human tendency is to think and act out of the spaces and places we know. And yes, to pay particular attention to the needs and interests of those we call “our own.”

If this sounds like a recipe for raw “identitarianism” in an already divided and divisive time, consider the simple solution it begs: real representation. For America to become the representative democracy we imagine, in both form and substance, it will take diverse leaders who collectively represent the full spectrum of identities and experiences working together for the common good.

That means electing a lot more women, young people and people of color — the same kinds of people who, research shows, have a distinct tendency to collaborate with and accept people not like them. Indeed, while headlines touted the “most diverse Congress ever” in 2020 and Kamala Harris became the first woman and person of color to ascend to the Vice Presidency (to my daughter’s and my delight), the numbers still do not reflect America. Not by a long shot.

In the House of Representatives, 26 percent of voting members are women, half their share of the U.S. population, and 25 percent are people of color, who comprise 40 percent of the population. In the more powerful Senate, 24 out of 100 senators are women and only eleven are people of color. And even as Congress has grown incrementally more diverse it has also gotten older, with a median age of 60 compared to 38 in the nation as a whole.

The picture is not that different at the state and local level in New Hampshire. Women comprise just over half the state population but hold only 36 percent of seats in the State House, Senate, and Executive Council. People of color are even more under-represented, holding just 3.5 percent of State House seats – one-third their share of NH’s population – and not a single seat in the State Senate or Executive Council. While age data are less complete, the vast majority of state elected officials are older than the state median – a factor exacerbated by the lack of legislator compensation that makes it difficult, if not impossible, for working-age people to serve.

Across New Hampshire’s 13 cities and 221 towns, a recent analysis by the NH Women’s Foundation found 23 percent of mayors, 35 percent of city councilors, and 37 percent of town select board members are women. More shocking still, 41 percent of NH towns have zero women serving on their select board. Only school boards have attained gender parity across the state.

While racial and ethnic diversity has not been comprehensively studied at the municipal level in New Hampshire, a 2015 analysis of the state’s five largest cities revealed 100% of mayors and city councilors were people of European descent, even though people of color comprised between 6 and 21 percent of their local populations.

Undaunted by the structural barriers (like funding) that make it difficult for women and people of color to seek or hold public office, many have stepped forward to run for mayor, city council, and other local seats in the fall election. Following the example of Manchester’s first female Mayor Joyce Craig, Crystal Paradis, a young city councilor-at-large in Somersworth, is running to become the first female mayor in her city’s 267-year history. In nearby Rochester, Palana Hunt-Hawkins, another young activist who became the first openly transgender person elected to local office in NH in 2019, and is now campaigning for mayor of Rochester.

These inspiring individuals are among several candidates endorsed by the grassroots organization Our Moment PAC, which believes that enacting real change starts with “electing leaders that can bring to the table new and valuable perspectives from the communities they seek to represent.”

More than some abstract ideal of representation, the research suggests their strategy can deliver real results that benefit the public at large. Want to see more attention paid to childcare, education, and family health during the pandemic? Elect more women. Want to ensure “liberty and justice for all” applies to every racial group? Elect more people of color. Want to make college more affordable and curb the climate crisis? Elect more young people. What’s more, if you want to see more openness and collaboration across the board, elect all three!

As for my kids and me, these are reasons enough to vote, and pray, for diversity.

Dan Weeks is a businessman who serves on the board of the NH Women’s Foundation. He lives in Nashua with his wife and kids.