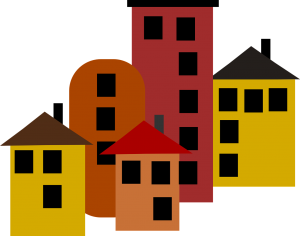 Respondents to the survey overwhelmingly said they would want such housing built in their own community, even in their own neighborhood, and on the whole supported changing local laws in order to do it.

In the survey conducted May 19-20 of 500 registered New Hampshire voters, respondents supported by a 69 to 29 percent majority the statement, “My community needs more affordable housing to be built.” That’s a 9 percent increase in the margin recorded in last year’s survey. In a separate question, they wanted more affordable housing in their own neighborhood, 50 percent to 43 percent.

And 53 percent of respondents opposed the idea of the state “doing more to prevent housing development and keep the state the way it is.” Forty two percent said they supported the idea.

The poll also showed that people under 35 and retirees are the most supportive of expanding affordable housing, and non-homeowners are more supportive than those who already have a home.

The poll was conducted place several months before the NH House tabled the so-called “missing middle” housing bill, which would have allowed property owners to build up to four units on any residentially zoned lot served by municipal water and sewer. The bill was endorsed by the House Municipal County and Government committee in February, by a vote of 10-8, but was then tabled by the full House, 167-157, on March 17.

The poll showed that people generally back the “missing middle” concept but by a close margin, 38 to 35 percent.

There was more support (52 to 40 percent) for changing town and city zoning regulations to allow more houses to be built, and even more support (70 to 21 percent) for setting a hard limit on how long local planning and zoning boards can take to review permits to build housing. Indeed, in the latter case, conservatives were more likely to back the idea then liberals.

These concepts were both part of Senate Bill 400, the “community toolbox” bill, which was also tabled by the House. But parts of the measure were revived in House Bill 1661, minus the “Housing Champion” certificate program that would have rewarded towns that make their zoning laws more favorable to allowing affordable housing.

What was left was also watered during negotiations between the House and the Senate, including provisions that would have required land use boards to treat workforce housing on a par with senior housing. But it did leave in place some hard limits on zoning decisions require boards to provide developers with at least a written reason for a rejection.