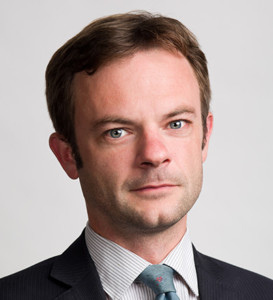 of Justice declined to enforce the ban on partnership contributions under state law. But will this decision prove a doubled-edged sword for the governor?

By way of background, on the eve of the 2018 election, the progressive group Granite State Progress discovered that the Friends of Chris Sununu had accepted contributions from three limited liability partnerships. Granite State Progress filed a complaint and cited the clear ban in the statute that prohibited partnerships from contributing to state races (“No contribution, whether tangible or intangible, shall be made …. By any partnership as such or by any partner acting in behalf of such partnership.”).

Nine months later, the Election Law Unit ruled it will not enforce the partnership contribution ban because partnerships enjoy the same constitutional right afforded other corporate entities to contribute to political campaigns.

In New Hampshire state elections, corporations have been able to make contributions like natural persons since a decision of the federal court two decades ago striking down the ban on corporate contributions.

Point 1 for Governor Sununu? Perhaps not so fast. The victory may be pyrrhic and come back to haunt the his bid for a third term. Why? The very next kind of corporate entity banned by the statute after partnerships is unions. It is likely unions will now construe the partnership decision as a green light to follow suit.

If litigation or a campaign finance complaint ensues, the Department of Justice or a court would be hard-pressed to say why some kinds of organizations may contribute and others may not. The language of the lengthy decision of the Election Law Unit is deeply rooted in constitutional notions of equal protection under the law.

Granite State Progress’s complaint was made with the eventuality of a possible win-win for traditionally left-of-center groups in mind from the beginning. Therein lays the elegance of the action Granite State Progress initiated. Either the Election Law Unit would have enforced the law as written and uphold some semblance of campaign finance regulations even against a sitting governor or open the floodgates for unions to spend on campaigns directly from their treasuries as opposed to funds collected in small amounts and spent through separate accounts. Unions are often (but not always) traditionally aligned with Democratic candidates.

How might this decision swing the 2020 governor’s race? Consider a hypothetical: 10 national or state unions could each transfer $100,000 from their treasuries and fund a New Hampshire political committee, say one named, “Unions Vote.” Unions Vote, in turn, could transfer $1 million to the political committee of one of our three or four fledgling Democratic gubernatorial candidates’ political committees. Under the so-called Hassan loophole through which unlimited transfers are permitted between political committees before a candidate files, so long as the transfer is made (or a physical check delivered) by midnight of the day upon which the Democratic candidate files to run for governor, she or he would receive an enormous boost in the quest for the corner office where the buy-in for a viable campaign hovers at the million-dollar mark.

Granite State Progress v. Friends of Chris Sununu has the hallmarks of being a game-changer in 2020 if the unions take up the opportunity the Department of Justice has served-up on silver platter.

Jay Surdukowski is a partner at Sulloway & Hollis in Concord where he is trial lawyer and an advisor to campaigns and organizations on political law.