New Hampshire's young people are not as civically engaged as older Granite Staters, but not because they don’t want to be 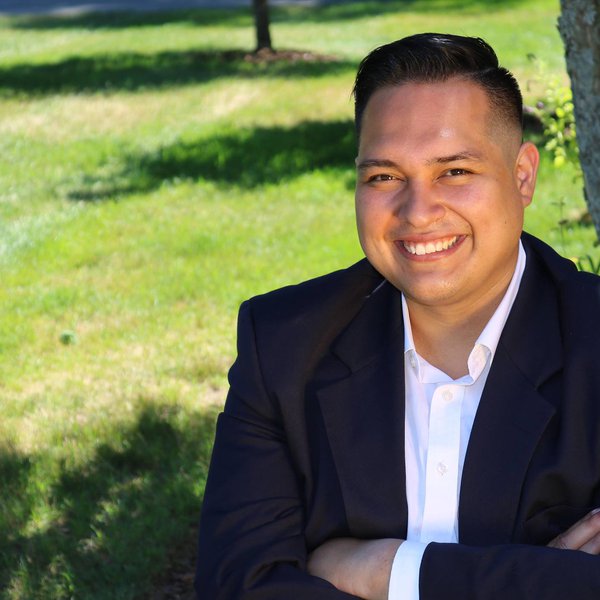 The $100-a-year pay for legislators, says Rep, Manny Espitia, D-Nashua, is a barrier to participation by younger people and communities of color: ‘You lose out on so many potential voices who only would make our bills that much better.’

The state with the second-oldest population is struggling to hold on to millennials as they begin to reach ages of settling down and having children. While New Hampshire has increased its pull of out-of-staters in the last ten years, barriers to civic engagement may be a part of what is prompting this generation to leave.

According to the 2020 Civic Health Index, a report published earlier this year that measures and provides insight into the ways New Hampshire residents participate in public life, millennials (born between 1981 and 1996) “are less likely in general to be civically engaged and vote,” compared to other demographic groups in the state.

Index researchers found this lack of participation isn’t due to an unwillingness to participate, considering millennials connect more with other groups whether it be family, friends or other racial and ethnic groups, than any other generation, but rather barriers in place that keep them from participating.

Michele Holt-Shannon, director and co-founder of New Hampshire Listens at the UNH Carsey School of Public Policy, said there are a number of reasons this is the case, including young people having family obligations but not much childcare support; voting and meeting hours conflicting with work schedules; and even the assumption that everyone understands how annual and local public meetings work, since, for someone new to the state or the process, it may not be clear at all.

Will Stewart, executive director of Stay Work Play New Hampshire, a nonprofit that furthers the goal of attracting young people to the state and encouraging them to stay, said it’s crucial that as a state it gets figured out.

“We have one of the highest rates of exporting young people in the country,” he said. “We’re just not going to have the people we need to do what needs to be done in our state,” now or in the future.

He said that employers as well as towns and civic organizations are reporting having trouble filling vacant positions in the workplace as well as on boards, councils and committees.

Stewart said that, though one of the biggest drivers of young people leaving is unaffordable housing, it’s also the inability to make these civic connections to their state and communities.

And some of that is systemic, he said.

For example, members of the legislators are paid $100 per year, plus mileage.

Being a legislator in New Hampshire doesn’t provide a living wage, so the only people who can afford to be legislators are typically older residents who are either retired or wealthy, Altagracia said.

“One hundred percent,” said Rep. Manny Espitia, D-Nashua, who is one of the youngest representatives in the Legislature, regarding the low pay for legislators being a barrier to more young people running for office. “And that’s not only for young people [but also] impoverished communities, communities of color. You end up having less working families being able to run for office.”

Espitia said he recognized that there is value to a citizen legislature, but that at some point, the state needs to pay a more equitable wage to legislators.

Without that change, he said, “you lose out on so many potential voices who only would make our bills that much better.”

Stewart said another barrier for young people when it comes to statewide office is when the Legislature conducts its business.

“The Legislature meets during the work week, during working hours. … So if you’re a young person working a full-time job, like most of us are, it’s hard to serve.”

Those who are typically underrepresented may want to use their voice by attending public meetings, voting or becoming legislators themselves. However, if they can’t afford to get time off work to go to a public meeting, find adequate childcare or get transportation to a meeting, they’re not able to engage.

“It’s why we have the oldest average legislature in the country,” said Stewart.

Altagracia said he believes this has resulted in legislative decisions he considers less cost-of-living friendly to young people trying to make a life the Granite State. It also has a bit of a self-perpetuating effect on who runs for local and state offices or seeks out positions on volunteer boards and committees.

Stewart said, “They look around and they see the Legislature in New Hampshire, and they look at the town councils and select boards and planning boards, and they see a lot of people that don’t look like them and think, ‘that’s not for me.'”

Index researchers said there are things municipalities could do to make it easier for young people to participate, including updating old models for meetings, looking at the times and days meetings and votes are held, and explaining the voting and meeting process to people.

“Just shifting a few things would make it much more welcoming, helping people to understand, especially if they’re new, the best way to participate,” Holt-Shannon of Carsey said,

Espitia added that if there are good things that came out of the pandemic, one of them is being able to access public meetings remotely. Because hearings and committee meetings were held virtually, he was able to do his day job as well as fully participate in his legislative duties, making it much easier to juggle the two. But more than that, he said, the public has been able to watch livestreams and video of public hearings and participate virtually.

“That wasn’t done before,” Espitia said. “And we’re seeing a record number of people testifying. We need to continue to do that once we’ve made it safely through this pandemic.”

It’s incumbent upon us’

As a state, New Hampshire also needs to do more to reach out to young people, particularly the diverse communities that increasingly make up our younger population, to bring them into civic life according to researchers and civic engagement proponents.

A demographic study by the Carsey School showed that “children are in the vanguard of the state’s growing diversity,” with 15.5% of all New Hampshire’s children belonging to a minority in 2018, compared to the 10% of the overall Granite State population in 2019.

As more of these children grow up, the need for acceptance from and connection to their communities becomes increasingly critical in order to keep that younger generation feeling at home in New Hampshire. However, according to the Civic Health Index, New Hampshire ranks 46th in the country for connecting with people of different racial, ethnic or cultural backgrounds.

“My elementary school here – Ledge Street Elementary School – I think almost half of the population is Hispanic, which is awesome,” Espitia said. “Because it means we’ll have a new growth of people here who look like myself. And hopefully the goal would be to have more representation of those voices in our Legislature in our municipal offices.”

But, Espitia said, in order for that to happen, these communities need to have buy-in on the process and be part of the process.

“As an elected official,” Espitia said, “that is something that I want to continue to make sure that we do, is that, those folks who live in my community are, A, in tune and know what’s going on and B, that they themselves can see themselves running for those offices.”

Altagracia added that part of the problem with retaining young people is the lack of cultural relevance in New Hampshire. The state, he said, doesn’t feel like “fertile soil,” for diversity or young people.

And so, he said, young people look to places such as Boston, Portland, Maine, or Burlington, Vt., which they see as places that do value cultural relevance and openness to diversity. Altagracia said the state must support diversity, equity and community, as well as be culturally competent to support the rising population of young people in the state and make it known that these younger generations are wanted.

“The agents of change are looking elsewhere,” Altagracia said.

Stewart said, there are things we all can do to begin shifting this dynamic.

“It is incumbent on all of us, from the individual to organization level, to be reaching out to people to get them involved and making them feel like they belong here so that they stick around for the long term. Because our future success depends on it.”

This article is part of a multiyear project exploring race and equity in New Hampshire produced by the partners of the Granite State News Collaborative. For more information visit collaborativenh.org.

Why do some nurses speak out against the Covid-19 vaccine mandate?