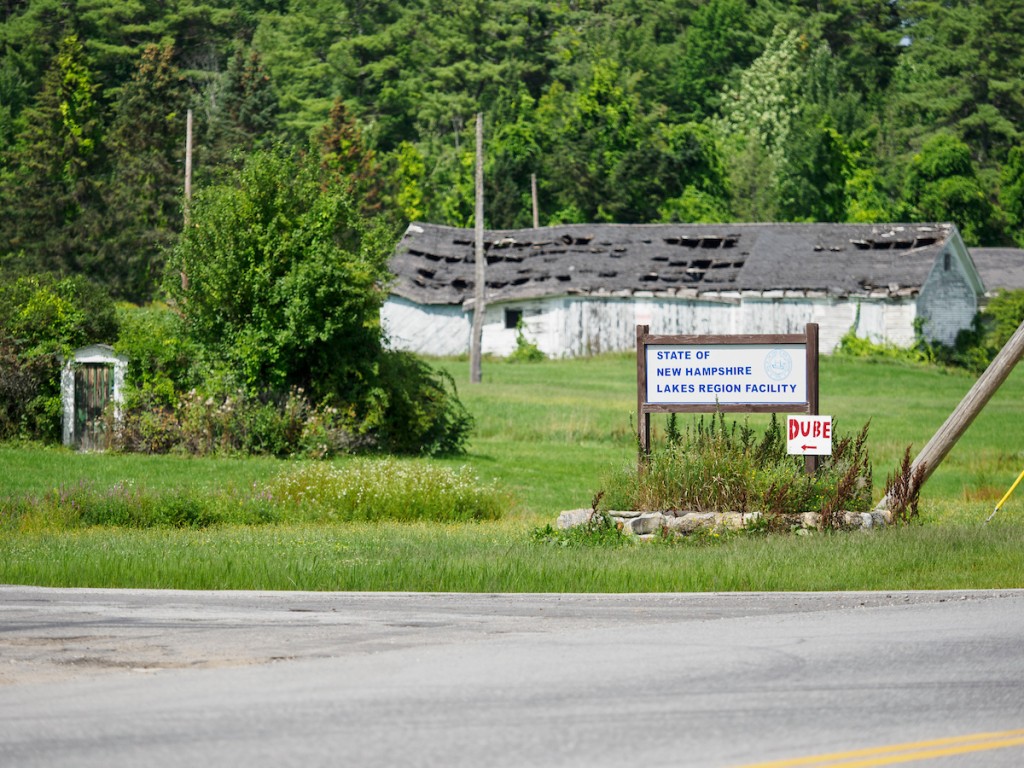 The law change allowing Sununu to handle the sale of the property, with majority approval of the five-member Executive Council, eliminates some requirements in state laws that govern the sale of other state “surplus” property.

“The result is a novel disposal directive and procedure that is uniquely applicable to the subject property, allowing the state increased flexibility to negotiate a relatively rapid ‘as-is’ sale,” said the state’s bid request. Other incentives include payments for marketing work to the winning bidder if the property does not sell or sells for “close to zero dollars.”

City officials have raised concerns the city won’t be included in the property’s redevelopment and sale. Laconia’s executive councilor, Joe Kenney, a Union Republican, and two Laconia state representatives have said the city’s interests must be considered.

“I will not vote for a developer that will not work with the city of Laconia,” Kenney said. “My interest is with the interest of the city. If they are happy with a new plan a development firm comes in with, then I will be satisfied. But we have a long way to go to reach that point where all parties are in agreement.”

Prior to the law changes, the job of developing and selling the property belonged exclusively to the Lakeshore Redevelopment Planning Commission, which did not have the leeway to sidestep the laws. Created by the Legislature in 2017, the commission has done a real estate market analysis, engineering and environmental evaluations, and land surveys; sought grants; and proposed several redevelopment options that include a mix of residential and senior housing and medical services.

The archaeological studies it did identified a dairy barn and sugar shack from the property’s days as the Laconia State School as “contributing elements” to the school’s history. The studies also noted several buildings on the property were constructed by noted New Hampshire architect Chase Roy Whitcher, and the studies raised the possibility of buried human remains dating back to 1903-1941.

Commission Chairman George Bald, former commissioner of the state Department of Resources and Economic Development, said his group continues its work preparing the property for sale. He said Monday he did not know the status of the state’s efforts.

That difference in mission is among the concerns of Laconia Mayor Andrew Hosmer, who said Sununu is ignoring the city’s interests. The property is on Route 106, two miles from the city’s downtown. “George and his team have done an excellent job of increasing the property’s value, and they’ve been incredibly inclusive,” Hosmer said. “He has gone out of his way to keep me and the city manager briefed.”

Hosmer is worried, too, about the fate of a 911 call center and the Lakes Region Mutual Fire Aid Association, which are located on the grounds; the fire aid association provides emergency fire and EMS dispatch for 35 towns in the Lakes Region. Hosmer said the city has not been told whether the communications centers can continue to use the site; the state’s request for bids said the state and the winning bidder will work together to resolve current uses of the property.

The state also acknowledged Laconia’s interest in the property and advised bidders the city should be treated as any other potential buyer.

“This is really disrespectful to the residents of the city of Laconia who view this property as a transformational piece of property,” Hosmer said.

The property was home to the Laconia State School, where people with disabilities lived, secluded from the community, for much or all of their lives until it closed in 1991. The state Department of Corrections used the site as a minimum- and medium-security prison until 2009. Since then, most of the buildings have been vacant.

The state promotes the potential value of the property, saying it offers “tremendous views” of Lake Winnisquam and Opechee Bay. Divided into two lots, the property abuts Ahern State Park, which includes over 3,500 feet of Lake Winnisquam shoreline. (The state park is not included in the offer.) But it also notes redeveloping the site will need a good deal of work, with nearly 30 buildings in various states of disrepair. The state’s request for bids said it is selling the property “as is, in its current condition, with all its faults.”

The state is offering the winning bidder a commission of the selling price but also payment for work preparing the property for sale in the event no buyers come forward or the property sells for “close to zero dollars.” Those “recovery fees” have not been offered before.

“As a result, all previous attempts to attract and retain a qualified real estate services firm to effectively market the property failed,” the state said, “in large part because no qualified firm would agree to invest in the necessary substantial up-front preparation work to be able to market the property effectively when the risk of being unable to recover the cost of such work seemed so high.”

The state is looking for a single commercial real estate firm with experience marketing property nationally “or at least throughout Northeastern states” and has successfully completed projects for the state of New Hampshire or other states. Bidders must have been in the commercial real estate business for at least five years and completed at least two projects in similar size and with similar complexities.

Kenney said he supports developing and selling the property, in part to generate tax income for the city. And, he said, Laconia will maintain some control over the future of the property when the development plans come before the planning and zoning board.

Rep. Travis O’Hara, a Belmont Republican, said he attempted to remove the law change from the sprawling budget trailer bill and propose it in standalone legislation. He said he has met with Hosmer and City Manage Scott Meyers, and hopes the state will value the city’s input.

“I don’t like it being solely the governor,” O’Hara said. “But I have faith in him to make the right choice for the city.”

Rep. Dawn Johnson, a Laconia Republican, said she has been trying to contact Sununu to request the city be included in the property’s development. “I do not agree with the way it is being handled,” she said, adding that she is grateful that at least three members of the Executive Council must approve a contract.

“No one person should ever have complete control over one thing,” Johnson said. “There needs to be more checks and balances and more people need to be involved.”