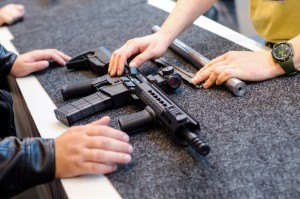 Montana Attorney General Austin Knudsen is leading a group of attorneys general – a group that includes John Formella of New Hampshire – in calling out a handful of financial institutions for a new policy that would track and monitor firearm purchases.

At the center of the coalition’s ire is recent action taken by the International Organization for Standardization – a worldwide federation of national standards bodies – that would create a Merchant Category Code for gun stores to use when processing credit and debit card transactions. The attorneys general outlined their concerns about the new policy in a letter dated Sept. 20 addressed to Stephen J. Squeri, chairman and CEO of American Express; Michael Miebach, president and CEO of Mastercard; and Alfred F. Kelly Jr., chairman and CEO of Visa. The letter was authored by Knudsen and Tennessee Attorney General Jonathan Skrmetti.

“It’s extremely disappointing to see credit card companies cave to pressure from international bodies and adopt this measure that will do nothing to improve public safety,” Knudsen said in a press release. “Instead, it invites potential future invasions of consumer privacy and further coordination between corporations and government agencies to erode Americans’ fundamental right to keep and bear arms.”

While it’s unclear if any of the financial institutions have started using the new categorization, the attorneys general say it goes against the U.S. Constitution’s Second Amendment and public safety.

It goes on to say that the new policy will result in vague and misleading information. For example, it says the new categorization would not be able to differentiate between the purchase of a gun safe and a firearm.

The letter also raises concerns about possible misuse of the data collected.

“Creating and tracking this data only matters if your institutions are considering using that information to take further, harmful action – like infringing upon consumer privacy, inhibiting constitutionally protected purchases by selectively restricting the use of your payment systems, or otherwise withholding your financial services from targeted ‘disfavored’ merchants,” the letter reads.

According to the letter, Knudsen and the other attorneys general see the new policy as a corporate overreach and a way to further the companies’ social values.

“The new code for gun stores is the result of transnational collusion between large corporations leveraging their market power to further their owners’ desired social outcomes,” the letter states. “Social policy should be debated and determined within our political institutions. Americans are tired of seeing corporate leverage used to advance political goals that cannot muster basic democratic support.”

The letter also threatens the companies with legal action if they decide to implement the new categorization.

“Be advised that we will marshal the full scope of our lawful authority to protect our citizens and consumers from unlawful attempts to undermine their constitutional rights. Please keep that in mind as you consider whether to proceed with adopting and implementing this Merchant Category Code,” the letter reads.