Fear of coronavirus migration could overwhelm healthcare infrastructure, they say 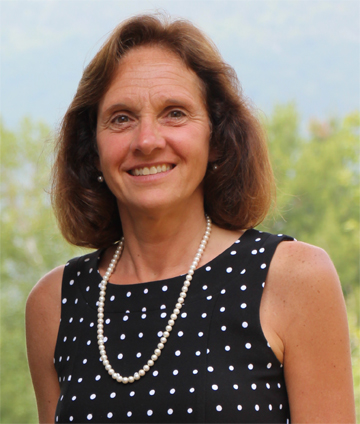 Michelle McEwen, CEO of Speare Memorial Hospital in Plymouth, says she’s concerned that the coronavirus ‘could start migrating north with visitors from returning to summer homes or escaping from heavily infected areas.’

With the Covid-19 outbreak, the prospect of an idyllic summer on Golden Pond has become a source of concern — even foreboding — for popular summer vacation spots in the Lakes Region and White Mountains, where officials and residents weigh the impact from the annual influx of seasonal homeowners and occasional tourists.

Speaking at a press conference earlier this month, Gov. Chris Sununu urged residents in other states, especially those in northeastern hot spots, to “stay home, stay healthy. This is no time to be vacationing in the White Mountains.”

Meanwhile, Eileen Meaney of the Covid-19 Joint Information Center in Concord explained that while no cross-border travel restrictions are in place, the governor has asked seasonal homeowners returning to their homes for the summer to voluntarily self-quarantine for 14 days, a message that has been echoed by some municipal officials.

John Beland, emergency preparedness manager at the Partnership for Public Health in Laconia, said an influx of visitors is “a concern. It’s something we’ve been anticipating and talking about for a while.”

According to Michelle McEwen, CEO of Speare Memorial Hospital in Plymouth, “we have a concern that the virus could start migrating north with visitors from returning to summer homes or escaping from heavily infected areas.”

Some towns have taken initiatives to reduce the risks.

In Randolph, a town of 320 year-round residents, John Scarinza estimated the summer population may reach 700. But, he stressed, most seasonal residents are members of the same families that have owned property and vacationed in town for generations and are well-known to year-round residents.

The town health officer, Dr. John McDowell, sent two letters to all registered property owners, especially those who have arrived or plan to come to Randolph from places with significant infection rates.

The first asked them to follow social distancing and personal hygiene protocols recommended by the CDC. The second advised those coming to town to bring enough food and supplies for 14 days, during which they will be expected to quarantine themselves in their homes, leaving only for walks in countryside.

Meanwhile, a team of volunteers will fetch and deliver unforeseen necessities for them. “It’s working spectacularly,” Scarinza said, adding that Gorham has followed suit.

But so far, the northernmost reaches of the state have largely been spared the impact of the virus.

As of April 18, nine of 10 ten cases of Covid-19 in New Hampshire have been reported in the four southeastern counties — Hillsborough, Rockingham, Merrimack and Strafford, home to three-quarters of the population. Less than 8% of cases have been reported in the four northernmost counties — Belknap, Carroll, Grafton and Coos which together cover half the state but house just 16 percent of its population.

But, according to Jessica Carson of the Carsey School of Public Policy at the University of New Hampshire, seasonal homes in New Hampshire account for more than 10% of all housing units, a proportion topped nationally only by Maine at 16.4% and Vermont at 15.6%. More than 46,000 of the estimated 66,000 seasonal homes, or 70% of the total, are in Belknap, Carroll, Coos and Grafton counties.

Moreover, these same four counties are home to relative high numbers of senior citizens, the age cohort most at risk from the virus. The median age is 51 In Carroll County, 48 in Coos County, 47 in Belknap County and 42 in Grafton County. In Carroll and Coos counties one-in-five residents are 65 or older. In Belknap and Grafton counties this age group represents 16 percent and 15 percent of the population respectively.

Among the eight municipalities bordering Lake Winnipesaukee, seasonal homes represent more than 30% percent of all housing units in seven — save Laconia — topped by Moultonborough, Tuftonboro and Alton, with 60%, 53% and 45% respectively. In Laconia seasonal homes account for a quarter of the housing stock.

Meredith Town Manager Phil Warren estimates the town’s population swells from about 6,500 to 14,000 to 16,000 in the summer months, while Walter Johnson, his counterpart in Moultonborough said numbers there jumped at least fourfold to 20,000, adding, “we have three firefighters and one ambulance.”

In Laconia, City Manager Scott Myers said that some estimate the population of 16,000 may reach nearly twice that in the summer.

All said, signs are the migration has begun and is gathering momentum.

“Second homeowners are coming way sooner than ever before,” said Beland, who lives in Gilford, “and it’s happening everywhere.”

There are 10 hospitals in the four northern counties. Except for Dartmouth-Hitchcock Medical Center, all are “critical access hospitals” (CAHs). Although limited to 25 beds, the CAHs have all expanded their capacity.

McEwen said that Speare added 16 beds, along with another 96 at an “alternative care site.” But, she said “it is very challenging for small entities to flex up to something much larger,” particularly to ensure sufficient staffing for increased numbers of patients. “We’ve not seen an uptick,” she said, ‘but “hospitals are having ongoing conversations about providing for mutual support.”

James Patry, senior director at North Country Healthcare, a consortium of Androscoggin Valley Hospital in Berlin, Weeks Memorial Hospital in Lancaster and Upper Connecticut Valley Hospital in Colebrook, said that all three have taken steps to increase capacity in anticipation of a surge.

All three hospitals have added beds and suspended elective procedures to preserve supplies. Likewise, they have turned to both telehealth and primary care physicians to treat and triage patients remotely to limit the volume of inpatient and emergency cases.