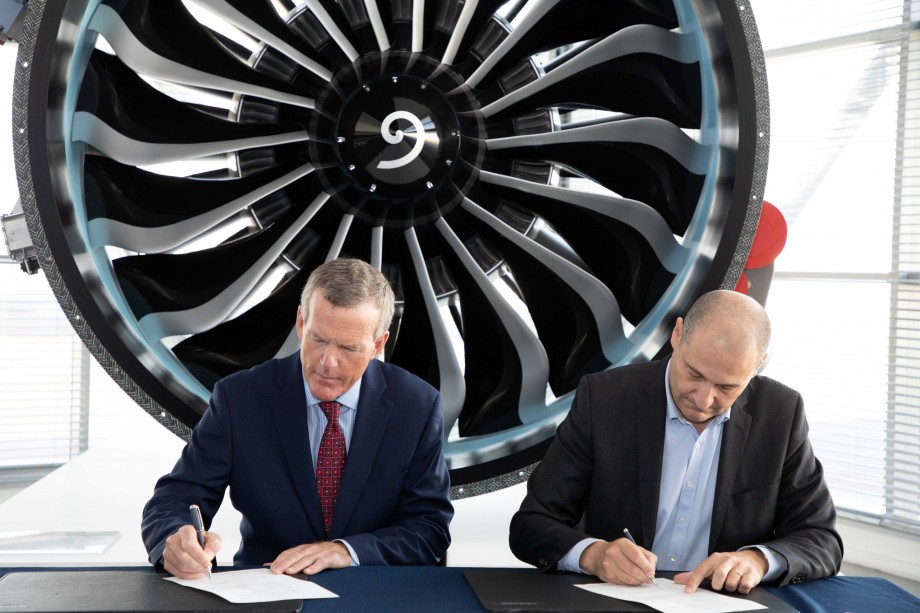 Albany International Corp. of Rochester, NH, and Paris-based Safran Aircraft Engines have extended their 15-year-old partnership another 15 years, to 2046, with the two companies continuing to work on next-generation engines designed to meet the 2050 net-zero CO2 emissions commitment of the aviation industry.

Albany International, a developer and manufacturer of engineered composite components, and Safran signed their original framework agreement in 2006, which resulted in the creation of a joint venture to develop high-technology composite parts – 3D woven and resin transfer molded technologies – designed for aircraft engines, landing gears and nacelles, or outer casings of aircraft engines.

The 3D-woven composite technology designed and developed by Safran in partnership with Albany Engineered Composites, has played a key role in improving the performance of the new generation LEAP engine of CFM International, which powers the Airbus A320neo, Boeing 737 MAX and Comac C919 aircraft families.

The material is used to manufacture the fan blades, fan case and spacers of the LEAP engine, which the companies say lead to significant weight savings and reduced fuel consumption and a 15 percent reduction in CO2 emissions.

Safran and Albany have also teamed-up to work on the development and production of the GE9X 3D composite fan case for the Boeing 777X.

To address LEAP production ramp-up, the companies opened three production plants, one in Rochester, another in Commercy, France, and a third in Querétaro, Mexico. Thus far, the sites have delivered more than 130 000 3-D production parts for the LEAP engine.

“Based on the successful partnership we have developed with Albany on the LEAP program, we are looking forward to starting a new chapter of our strategic cooperation,” said Jean-Paul Alary, CEO of Safran Aircraft Engines. “Combining Albany’s recognized expertise in weaving with our innovative composites represents a fantastic asset to address our ambitious sustainable goals through next-generation engine programs.”