Roche: Caution lights flashing on the Transportation and Climate Initiative

The TCI's goal is important, but questions remain 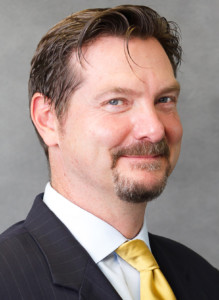 The Transportation and Climate Initiative, or TCI, has generated lots of buzz recently. Understandably so.

Organizers of the proposed initiative to reduce carbon emissions from the transportation sector recently unveiled a draft memorandum of understanding. Initiative participants include a dozen northeastern states. The MOU resulted in an announcement by Gov. Chris Sununu that New Hampshire would not join the TCI. Among his concerns were that “drivers will bear the impact of artificially higher gas prices.” The Business and Industry Association has, as yet, taken no position on TCI; nevertheless, we’re curious how it would be implemented, and its actual impact on our environment and businesses.

TCI seeks to reduce carbon emissions from cars, trucks, buses and other modes of transportation by creating a cap and invest program. The program would cap carbon emissions and sell allowances to fuel suppliers, called regulated entities, which would include large storage tanks that hold fuel before the tankers deliver it to your local gas station. The cap would decrease over time, reducing greenhouse gas emissions by lowering the total amount of emissions allowed and encouraging businesses and consumers to switch to alternative fuel options as the price of fossil fuels increases.

RGGI’s success at reducing greenhouse gas emissions among electricity generators was achieved largely by shifting to newer technology and cost-effective fuel sources, principally natural gas, and away from coal and oil.

Natural gas produces up to 60% fewer carbon emissions than coal and about 27% less than oil. And it costs less than either. The push for carbon emission reductions from electric generation through RGGI coincided with more readily available supplies of natural gas through fracking, such as the Marcellus Shale in Pennsylvania. Unfortunately, a parallel in the transportation sector does not exist.

TCI organizers estimate their effort could reduce carbon emissions between 20% and 25% between 2022 and 2032, depending on how aggressively carbon emissions caps are set. Interestingly, TCI estimates that carbon emissions will go down by 19% even without TCI due to increasing vehicle efficiencies and incremental growth in the electric vehicle market.

So what is the cost for the additional 1% to 6% of carbon emission reductions through TCI above what would naturally occur? About 5 to 17 cents per gallon of gas, totaling up to $56 billion. That’s a lot of “found money.”

Given the potential new revenue available to state government, it’s reasonable to wonder whether it will be used expressly to support energy efficiency and other measures by consumers and businesses that would offset the expense of higher transportation fuel prices, or will the money be diverted by elected officials who are tempted to use it for purposes not remotely related to the goal of TCI?

If TCI is successful and electric vehicles are widely embraced throughout the transportation sector, large investments in new electric generation capacity will be required. But as we know from our own experience in northern New England, siting power sources is difficult at best.

Reducing carbon emissions from our transportation sector is an important goal; nevertheless, organizers of TCI have work left to do to overcome the challenges outlined above. Businesses in New Hampshire and throughout New England already face higher costs for energy, taxes and wages than much of the rest of the country. Moving slowly on TCI is appropriate. The caution lights are flashing.

Jim Roche is president of the Business and Industry Association of New Hampshire.