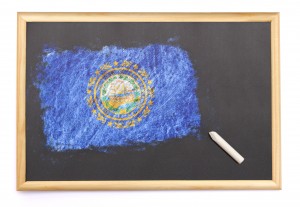 New Hampshire is ranked as one of the worst states to be a college student in a report released by the organization Studee.

The Granite State was ranked 48thout of 50, placing only higher than West Virginia and Vermont, which were ranked 49 and 50 respectively.

In the rankings, Studee looked by the cost of tuition fees, rent, board, the percentage of the population made up of 19-to-25-year olds, average salary, crime rates, happiness index scores, weather and the number of top universities in each state. To calculate the index, the organization gave each state a score from 0 to 1 for each data point and added them together to give each state an overall score.

According to the report, New Hampshire was in the bottom 50% of states for 6 out of 9 of the data categories.

The state has the second highest in-state tuition – a factor that was double-counted in the overall index – at $16,329. In addition, 7.8% of the state’s population is in the 19-to-25-year-old age range, the second lowest percentage in the country.

Studee is a company based in England that provides resources to international students looking to enroll in universities abroad.

There are approximately 161,000 college students studying at New Hampshire’s two- and four-year schools, among the highest.