8.6% of state’s spans are listed in poor condition 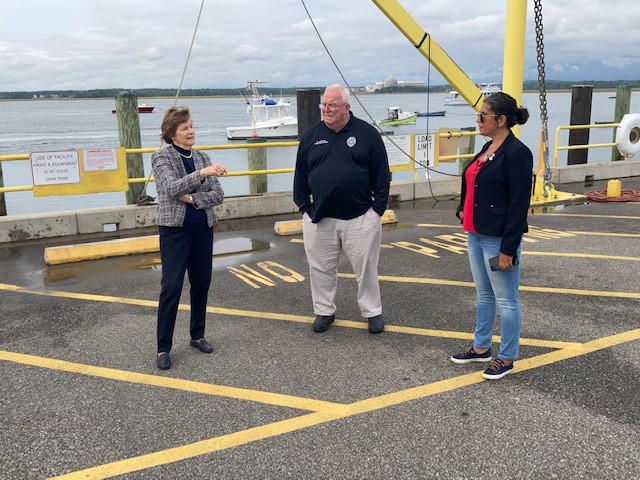 U.S. Sen. Jeanne Shaheen, left, recently visited the Neil R. Underwood Bridge that crosses the Hampton River – the number one red-listed bridge in New Hampshire – to discuss how the Infrastructure Investment and Jobs Act would invest in repairing and replacing crumbling infrastructure across the state.

New Hampshire has the 16th-highest percentage of structurally deficient bridges among the 50 states, according to a recent report by 24/7 Wall St.

The website used data from the Federal Highway Administration to determine the condition of bridges in the various states. States were ranked on the share of total bridges classified as being in poor condition as of Dec. 31, 2020

While the state ranks high nationally, it’s in the middle of the pack among the New England states.

The state with by far the lowest percentage of bridges in poor condition is Vermont, where 2.3 percent of the bridges are rated poor, the 45th lowest rate in the country. Connecticut ranks 30th, at 5.7 percent. Massachusetts has the 12th highest percentage of poor bridges, at 9 percent. Maine ranks sixth, with 12.7 percent; Rhode Island ranks third, at 19 percent.

Repair of deficient bridges is at the center of President Biden’s $1 trillion infrastructure proposal, which also targets improvements to the nation’s roads, transit hubs, broadband networks and water systems.

The legislation is scheduled for a Sept. 27 vote in the U.S. House of Representatives, but there is some doubt about its fate.