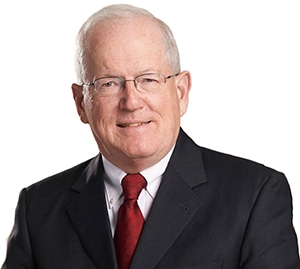 William F. Batchelder, a New Hampshire Supreme Court justice from 1981 to 1995 and Superior Court judge from 1970 to 1981, died May 7. He was a kind, intelligent, moderate and distinguished justice noted for his friendly demeanor and thoughtful decisions.

Batchelder was a well-respected attorney in Plymouth before Gov. Walter Peterson appointed him to the Superior Court in 1970. Like many of Peterson’s appointments, Batchelder came from the firm center of New Hampshire life and politics, being one of those moderate Republicans who did so much for New Hampshire and then the nation in the following years.

As a young attorney, I heard many stories from the senior members of our firm, especially William L. Phinney, who was a close friend of Batchelder’s, about what a wise and thoughtful colleague he was in practice.

During his long career, he was honored by many, but no greater accolade could be given to him than that stated by Chief Justice Robert J. Lynn on his death: “I think the best tribute to Justice Batchelder is that because of his kind and caring nature, he never lost sight of what was truly important in life. For Bill, that meant showing concern for the little guy, and, most of all, loving his family, who adored him.”

Batchelder gained some notoriety as a participant in the Claremont lawsuit as a judge in the majority. After his mandatory retirement at age 70, his designation to sit with the court when judges had to recuse themselves led to a banning of that practice by the Legislature in what can only be described as a petty shot at Batchelder’s moderate positions.

His service pointed out the value of the New Hampshire judiciary’s independence and the luck we have had in having talented judges willing to serve at salaries far below what they could earn in private practice for the good of New Hampshire’s people.

Batchelder’s passing, and the upcoming retirement of Chief Justice Lynn, who has served in that position for only a little over a year, points out a fundamental feature of New Hampshire governmental life that is usually under the radar — in New Hampshire, governors, with very little other power, do have the power to appoint our judges, and it only takes three votes on the Executive Council to confirm them to their “lifetime” positions.

While U.S. Supreme Court appointments get incredibly careful scrutiny by those on all sides of the ideological spectrum, New Hampshire judicial
appointees seldom get the same scrutiny.

The New Hampshire Supreme Court has five members, so any appointment is important, especially in the fraction of cases that have political or philosophical ramifications. Most of the cases before a supreme court, are routine interpretations of laws that are crying out for a decision when the intent of the legislature is not clear. However, on major issues such as abortion, immigration and family issues nationally, and school funding and other sensitive issues locally, the composition of the court ideologically or philosophically can matter.

Currently, the remaining four justices on the New Hampshire Supreme Court are somewhat split, if the reputations of the judges can be any predictor. Judge Gary Hicks, a Democratic appointee, and judge James Bassett, a moderate Republican, appear to be traditional, moderate New Hampshire judges. Two Sununu appointees, Anna Barbara “Bobbie” Hantz Marconi (one of my former law partners and a good friend) and Associate Justice Patrick E. Donovan, a former assistant attorney general, are assumed to be more conservative.

In any event, while the Legislature slugs it out on prominent issues, Sununu’s search for a replacement for Lynn and for a new chief justice should not be overlooked as an important event and may be Governor Sununu’s longest-lasting contribution to New Hampshire law, justice and public life.

William F. Batchelder would be a good model for him to emulate.