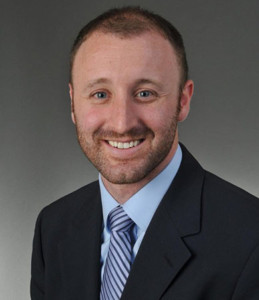 We are by no means suggesting the remediation should not be done or that the state erred in setting the standard. We do believe, however, that in such a case as this, in which enforceable levels of PFAS and arsenic are below EPA recommendations, it is the responsibility of the state government to step in to provide real financial assistance to property owners. In the few other states where such a dynamic exists, the government has done just that.

Realtors understand that today’s homebuyers are more vigilant than ever in ensuring their housing is, first and foremost, safe for themselves and their families – and that certainly includes their drinking water. And many homeowners depend on our government agencies to provide appropriate scientific guidance and protection for the water we all use.

While much, if not all, of the discussion about the impact of the proposed rules surrounding PFAS and arsenic has centered on the costs to municipalities, most of the water systems impacted are actually owned by homeowner and condominium associations, commercial real estate entities and private well water owners.

It is important for policymakers to understand that “public water systems” are, in fact, largely privately owned and operated. They are “public” in the sense that they are used by the citizens, not that they are necessarily owned by a government entity.

A condominium association could be faced with costs in excess of $100,000 to remediate to the new standards. And those costs are not one-time expenses. Ongoing annual maintenance can add hundreds of thousands of dollars of costs to the association in the decades to come.

The typical condominium in New Hampshire sells for just over $200,000, so requiring a condo owner to pay several thousands of dollars in fees to remediate their water can be a severe hardship for many owners, especially those in rural communities.

By the state’s own estimates, the cost for testing and remediation of all drinking water to reach these new limits could easily exceed $300 million statewide – and that is not including maintenance costs.

Almost all of the cost will fall on property owners who purchased their homes under the previous state standards and therefore assumed their water was safe.

Policymakers need to keep in mind that housing costs are pushing many families out of the housing market. And all mandates on housing, regardless of their intent, will only exacerbate the current affordability crisis that exists in New Hampshire.

The state needs to takes steps to lessen the burden on all property owners to fix a problem in which they did nothing wrong. Water contamination is a real problem for New Hampshire residents but so is the lack of reasonably priced housing for families, workers and retirees. Fixing one problem at the expense of the other is not in anyone’s best interest.

Dan O’Halloran is president of the New Hampshire Association of Realtors.