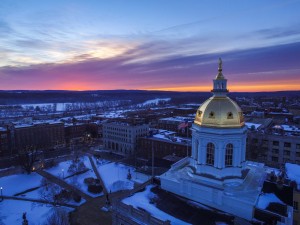 Both the New Hampshire Tech Alliance and the Business and Industry Association of New Hampshire came out against a bill that would substantially cut the state’s research and development tax credit.

House Bill 210, which would cut the current R&D credit pool ate from $7 million to $2 million, would make the state’s incentive to companies that pay above-average wages to locate and stay here a “laughingstock,” said Dave Juvet, senior vice president at the BIA.

Currently, some 230 companies take advantage of the tax break, which is currently capped individually at $50,000. Demand for the program has more than tripled from when it started in 2008. Because the tax credit pool is $7 million, businesses now receive about 75% of what they asked for.  That’s down from over 92% in 2017, after lawmakers increased the overall cap from $2 million to $5 million. Reverting back to $2 million, said Juvet, would the companies would get a little more than a “dime on a dollar.”

The cut, introduced Thursday morning by Rep. Tim Lang, R-Sanbornton, in person to the hybrid meeting of the House Ways and Means Committee, would be used to reduce the 5% interest and dividends tax by increasing the exemptions from $2,400 to $3,600, significantly benefiting the smallest investors, particularly retirees.

An earlier bill, HB 568, sponsored by Rep. Norm Silber, R-Gilford, would have phased out that tax altogether over four years by increasing exemptions. Silber called the I&D tax an income tax, and said it would only account for a small portion of revenue. But the state Department of Revenue Administration put the cumulative impact of repealing it at $109 million from fiscal years 2022 to 2026.

Both bills have the strong backing of Dan Maguire, a board member of the Granite State Taxpayers Association, Maguire, a former legislature from Epsom and an angel investor, said the I&D tax is “the most disruptive tax in our economy because it is a tax on savings, and saving creates capital.  That’s how the economy gets better every year.”

Others, including Greg Moore, state director of Americans for Prosperity, said that the tax causes wealth investors to flee to other states where they don’t have to pay for it, like Florida, thus depriving the state. Moore would have preferred cutting the rate rather than increasing the exemption, which would have more of an impact on those who earn more income on their investments.

HB 210 would solve the revenue problem, since the impact of raising the exemption once would limit the state’s revenue loss to $5 million a year, the same amount the state would gain by cutting the R&D tax credit pool.

“If we give business a tax credit someone has to pay for it,” said Lang. “That someone are those paying the industry and dividends tax.”

But the state will pay dearly if it does, said Julie Demers, executive director of the Tech Alliance.

“R&D supports growth in technology that allows us to be competitive,” she said. “We get calls from companies with a remote workforce thinking of coming here every week.  Do not give these companies a reason to go to other states.  It’s not just a box to check – it’s a make and break for companies that bring higher-paying jobs.”

McGuire disputed that. “I’ve never heard in any meeting that the credit is any kind of benefit,” he said.  He argued it’s just another tax break on top of the federal break for large companies that would make these kinds of investments anyway.

Juvet argued that the state doesn’t need money from the R&D credit to cut the I&D tax. He noted that the state is getting $65 million more in business taxes than projected.  “Let’s not pretend we can’t find $5 million somewhere. We don’t have to cripple the of the state’s most effective economic development programs” to fund the I&D tax cut, he said.