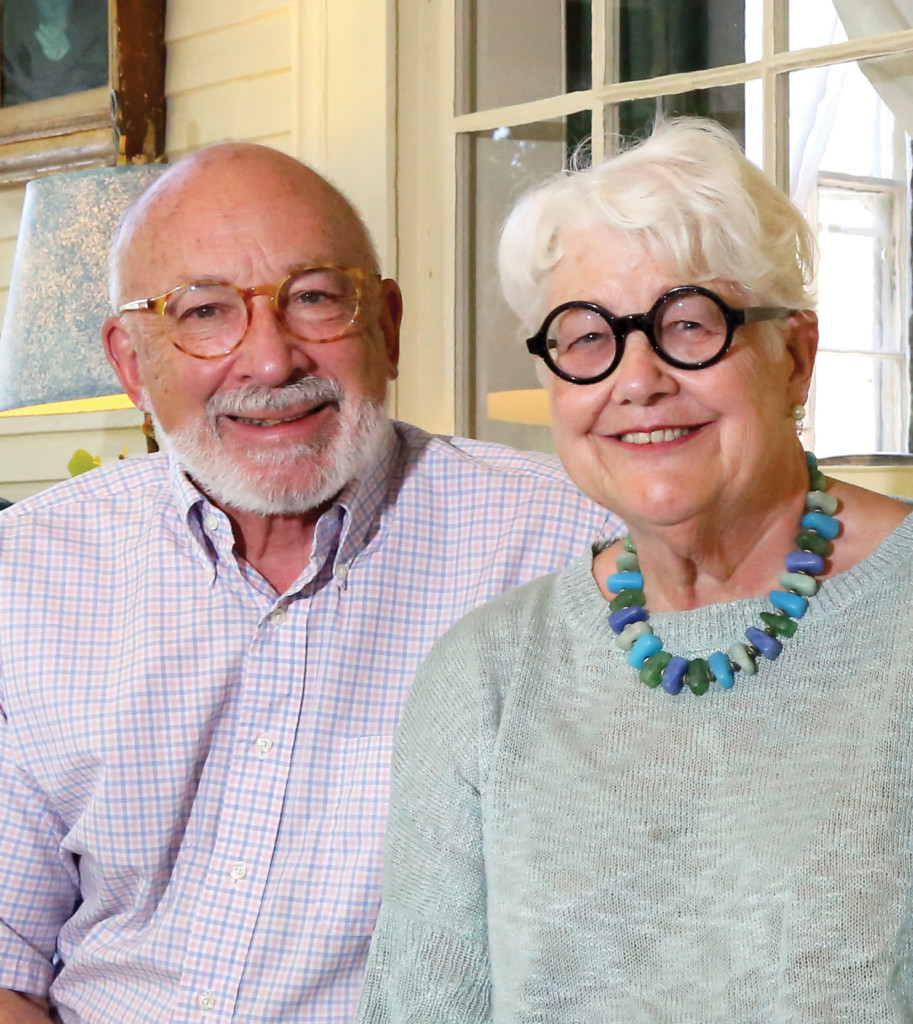 For more than 40 years, New Hampshire Sen. Martha Fuller Clark and her husband Dr. Geoffrey Clark, an entrepreneur and gastroenterologist, have worked to strengthen New Hampshire communities as volunteers, advocates and philanthropists. (Photo by Allegra Boverman)

The foundation presented the couple with its AmplifiHER Award, citing the Clarks for more than 40 years of “dedicating their personal and professional lives to strengthening New Hampshire communities.”

The Clarks collectively have been part of 40 boards and organizations over the past 45 years, through their volunteer and philanthropic efforts. Many of their endeavors have been joint efforts with a focus on environmental, preservation and women’s issues, and a general philosophy of preserving and enhancing the quality of life in a community that extends far beyond their Portsmouth home.

Q. What were your first volunteer efforts in Portsmouth and what did you take away from the experiences?

Martha Fuller Clark: For me, it was Strawbery Banke when we first moved here in 1973. I think I joined that board in 1975 and was such a young member. I learned the importance of community engagement and becoming more deeply embedded in the community where we were living. We made new friends and found that anyone who wants to volunteer are graciously welcomed and integrated into the community.

Geoffrey Clark: We were both involved in an ad hoc attempt to try and stop the demolition of an important historical building in downtown Portsmouth and to advocate for historical preservation and urban development planning. We lost the initial fight, but it led to the formation of the historic district (in 1977). I learned very early when you get involved and think you win the battle, it’s not over. The fight over these issues of development and commercial interests is ongoing and requires continued community involvement.

Q. What were among your first philanthropic endeavors?

GC: I volunteered first with Theatre of the Seas (later the Seacoast Repertory Theatre) helping on striking-the-set nights. Then I became involved as a board member and then later led the capital fund drive to encourage people to step up to the plate and make important things happen.

It was a trial by fire to find people, and the money we raised was small today but very big dollars then. I was happy to write a check, and I learned it’s one thing to ask people for money but another to ask them to become involved. It was a challenge to expand the base of people who have the means to contribute and then to keep them involved and see the benefits.

MFC: We have always been as generous as we could financially be to schools and colleges. We also took part in the first capital campaign for the Unitarian Church and to help save the Music Hall.

Q. What are some philanthropic goals you hope to achieve?

MFC: What’s important whenever possible is that dollars should go to the endowment of an organization. Endowment giving is important because it ensures the organization is going to have a long life.

GC: I like to pay attention to the boring stuff like infrastructure. These are boring but expensive things, such as air conditioning, a new furnace, new seats or a new marquee, that don’t get a lot of attention but are very important.

Q. What does public service mean to you?

MFC: I would find my life much less fulfilled and more boring without public service and without stepping forward and giving back in whatever meaningful way possible to the community. On a personal level, the sacrifice of finances and time is more than worth it in terms of what you get back.

GC: I think one thing: It’s a lot of fun. It can be frustrating because you don’t always get what you want, but it’s terrific to help manage important institutions and have a big influence in so many areas. I’ve never regretted a contribution I’ve made.

MFC: We are proud to be good role models for our children and grandchildren. I would hope that giving families are able to pass it down from one generation to the next to help create strong nonprofits. The best we can show is that giving back to their community can be very big.