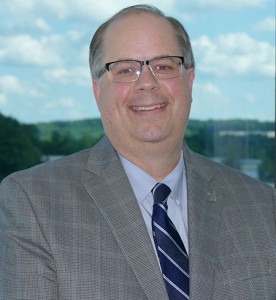 Ted Kitchens has served as airport director for Manchester-Boston Regional Airport since October 2018, moving to the Granite State from Texas, where he served as general manager of the George Bush Intercontinental Airport, a part of the Houston Airport System. He has also served on the Peninsula Airport Commission in Newport News, Va., and has worked for the city of Atlanta.

His new position has him strategizing and putting in place the components needed to increase business at New Hampshire’s busiest airport, and New England’s fourth busiest by volume, and to remedy a pattern of decreasing ridership over the past 13 years.

What makes Manchester-Boston Airport stand out from its competitors? To use a marketing term, what’s your unique selling proposition?

I think our largest and most well-recognized proposition is that we pride ourselves on our customer service and the experience that the customer has when they come through the airport. We recently worked with the University of New Hampshire to generate a Net Promoter Score. It’s a very high threshold to get a positive score, and our score came out at 37. So people love flying the airport, they like the experience they have out of the airport. It’s something we pride ourselves on and we are trying to enhance every day.

How many people are you likely to serve, or potentially could serve?

We draw a circle about 25 miles from the airport, and that’s essentially as the crow flies from here to the [Interstate] 495 beltway around Boston, and it stays just west of the Seacoast and goes up to Concord and, probably, over to Peterborough, on the west. In that area, we have about 1.25 million people, and we know that that generates about 1.6 million passengers for that 1.25 million population base.

What are you focused on to turn around a multi-year trend of declining numbers?

One of the things that we have come together as senior staff to develop is our strategic objectives. We have four of them. That is: to increase our relevance to our core customer; to increase our level of innovation in the way that we conduct our business, so that we can meet and exceed our customers’ expectations; to focus on enhancing our financial sustainability, and to increase the level of engagement between our core customers and our brand.

Underpinning that are about 23 specific initiatives that we’ll take care of, or try to take care of, through this fiscal year. That will help close the gap on those four strategic objectives.

I noticed you were sort of on a barnstorming tour of local towns, going around to clubs and different chambers.

I’m trying to get out to at least three, maybe four, speaking engagements a month. One of the things that I think we suffer from is an advocacy and an awareness issue, both locally with the airlines themselves. One of the things we have is a misperception on the carriers’ part as to what New Hampshire is. So, we’re working hard to change that perception. But we also have an awareness and perception issue of just what we offer as an airport.

A lot of people don’t know that we have 34 daily flights that connect you to 12 direct destinations, 184 nonstop or one-stop destinations with 54% of those having connection times less than 90 minutes, which is the same 90 minutes you’re going to [spend if you] drive to Boston, if you’re lucky.

What makes the passenger prefer to go to Boston? Compared to coming here where, as you argue, it’s less stressful, closer and quicker?

It also benefits your state, because one of the things that is a point that most passengers don’t understand is that whenever we cross the state line, we’re sending dollars to the commonwealth of Massachusetts because all of our federal grant money that we get is based on a passenger calculation.

Is Southwest still your largest carrier?

It depends on how you measure that. By seats, yes, but by options and by flights, it’s actually American now. American has 16 flights a day. But by seats, Southwest is still the largest carrier because they fly a larger aircraft.

Have you been doing any outreach to other airlines to try get them to fly out of here?

We’re talking to all the carriers that we have, including our incumbent carriers, and trying to have them increase their number of options, or frequencies, or even destinations that they serve. Some of that has been fruitful, with American Airlines going to Chicago and United moving their service from Newark to Dulles, which is a better passenger experience, a better connecting experience for the passenger.

But we’re also talking to the carriers that we don’t have on the airfield. And there are also some carriers that are out there looking to form. It’s a very dynamic time right now in the industry.

For the first time in a long time, the airlines have had a sustained period of high levels of profitability. Now that’s starting to attract venture capital and now people are starting to think, “Maybe aviation is a good industry to invest in.” That’s now allowing some carriers to, possibly, form out there, and that will be very exciting for airports like Manchester.

If you looked into your crystal ball five years, 10 years, what’s your vision for this airport in terms of carriers, passenger numbers, the big picture?

I think the short-term wins for us would be adding one or two additional carriers, and then being somewhere around that one and a quarter million enplanements. I think if we can get back to that in the next five years, I would be very happy. And that is well within our capabilities. It’s not a demand issue in the market. It is all about capacity and just not having enough seats to serve the demand that’s in the market. But as people continue to leak to Boston, it makes my conversations with the airlines that much more difficult to have.

Does that mean that more marketing is needed to raise awareness?

We know the top 35 leaking ZIP codes, we know what the consumer profiles are in those ZIP codes, so we’re now in the midst of generating a new marketing campaign that will target the message to those consumers that we’re missing. I think one of the segments that we’re missing are the people who are making that decision to move from Massachusetts to New Hampshire, but they’re still defaulting to Logan, because that’s all they’ve ever known. I don’t think we’re getting to those new New Hampshire residents.

Do you have any specific benchmarks that you care to mention?

Our CPE [cost per enplanement to the airlines] right now is right around $13.25, and I want to get that down to $10, which is the New York and New England average for airports our size. And I want to be able to get that by fiscal year 2022. That’s a critical benchmark, because we’re hearing from our airlines that we’re an expensive airport to operate at.

What about cargo? Is that a big part of this airport?

Absolutely it is. Cargo’s up a little over 5% over the same month last year, and last year was a banner year for cargo, so we’re off to a really good start this year. I believe in a strong triangle – a strong cargo component, a strong commercial component and a strong general aviation and corporate component. We need all three of those in order for the airport to be as successful as we think it can be.