Getting to ‘you believed in me’ 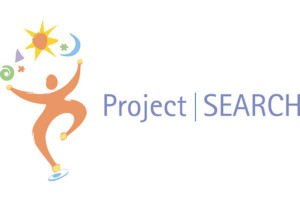 Cam Martin, 21, of Hampton, works at a local Panera Bread restaurant, where he’s in charge of the dining room, busing dishes, replenishing coffee and soda, and asking diners how they’re enjoying their meals and their day.

“It was a palooza on Veterans Day,” he said. “It was very busy.”

In those situations, Martin, who has a disability, relies on his interpersonal skills. “I’m good at greeting people.”

It’s an asset he discovered last year during the nine months he spent in Project Search, a training and apprenticeship program — a collaboration of Community Partners, a Dover-based community mental health agency, Portsmouth Regional Hospital and Great Bay Community College.

In New Hampshire, hospitals in Concord, Nashua, Keene and Lebanon are host sites for Project Search. There are none north of Concord.

Since it started nine years ago at Portsmouth Regional Hospital, Project Search has trained 57 young adults, in food preparation and service, laundry and maintenance positions, and customer service and concierge work. Some 48 were still employed a year after they graduated, according to administrators.

This year, seven of the nine graduating interns segued into jobs, and two were hired by Portsmouth Hospital. The placement rate has varied between 70% and 100%, with six years at 100%, according to the program directors.

The skills learned in class and in apprenticeship rotations translate to future work in customer service, hotel and hospitality, maintenance, restaurant, retail and clerical positions. One graduate went on to study to be a pharmaceutical technician at Manchester Community College.

“We’ve seen the success of this model,” said Brian Collins, executive director of Community Partners. “We’re making it a priority to engage families early to be exploring employment” in the transition years after high school, “before young people with disabilities enter the support system for adults. It’s a real priority. It’s easier to support needs that are more targeted to a life that they want.”

“I’m not really sure about what career I should be doing,” Martin said, “but it helps you get into the workforce in your future. It boosted up my confidence for doing adult stuff,” said the 2016 graduate of Winnacunnet High School. “It helped me find different jobs, not just working at Market Basket.”

During the nine-month program, Martin sampled different types of work: cleaning at Great Bay Community College; working in the gift shop and concierge department at Portsmouth Hospital, which involved delivering flowers, greeting people at the door and taking them to rooms by wheelchair; and filling a similar point-of-contact position at Fairfield Inn.

He said his greatest job satisfaction rested on using his strengths as a people person. “I wanted to stay doing what I was doing so I wouldn’t have to keep job-bouncing,” he said, “starting new jobs and changing.”

Abigail Olean, the program’s instructor at Great Bay Community College, also taught them how to advocate for themselves with employers and make effective self-disclosure statements that “give enough information about their needs, but don’t alarm anybody,” she said.

Students also learned workplace boundaries and appropriate conversation with co-workers. “It’s OK to talk about work and ask about someone’s weekend. It’s not appropriate to discuss in detail your favorite TV show, or a personal problem,” she said.

At the end of the year, graduates are more independent and confident, Olean said. “They’ve built up stamina for work.” Working four hours each day (during the program) also trains them to be “accountable and responsible.”

Although the program’s target age range is 18 to 29, Carla Smith, manager of vocational services and Project Search at Community Partners, said the agency recently helped a woman who had been working two hours a day for 17 years, washing dishes at a grocery store, begin the program at age 43. Now the woman has a 32-hour-a-week job that she’s held for two years, Smith said.

In Concord, Project Search has been at Concord Hospital for 11 years. A team of program coaches works with hospital department managers to see where the young people will thrive — and the benefits go both ways, between interns and hospital staff, administrators said.

“Their attitudes are infectious. People who work with them generally love working with them,” said Kevin McCarthy, the hospital’s vice president of support services. “They’re a great asset to the organization,” loyal and reliable. “But it also depends on having staff who are willing” to train and support them.

Tom Serafin, director of food services, said one cook in particular flourished as a mentor.

Smith, at Community Partners in Dover, said the program continues to be life-changing for graduates. “People thank me all the time and say, ‘You believed in me.’”

Before, “they were never taught the skills they needed to be successful. It’s nobody’s job to crush somebody’s dreams, wants, needs, and desires,” Smith said. “For the first time, people are able to go to the store and buy a toothbrush or coffee and say, ‘I bought this with my hard-earned money.’ That in itself is rewarding.”

This article originally appeared as part of The Laconia Daily Sun’s The Sunshine Project, which is underwritten by grants from the Endowment for Health, New Hampshire’s largest health foundation, and the New Hampshire Charitable Foundation.