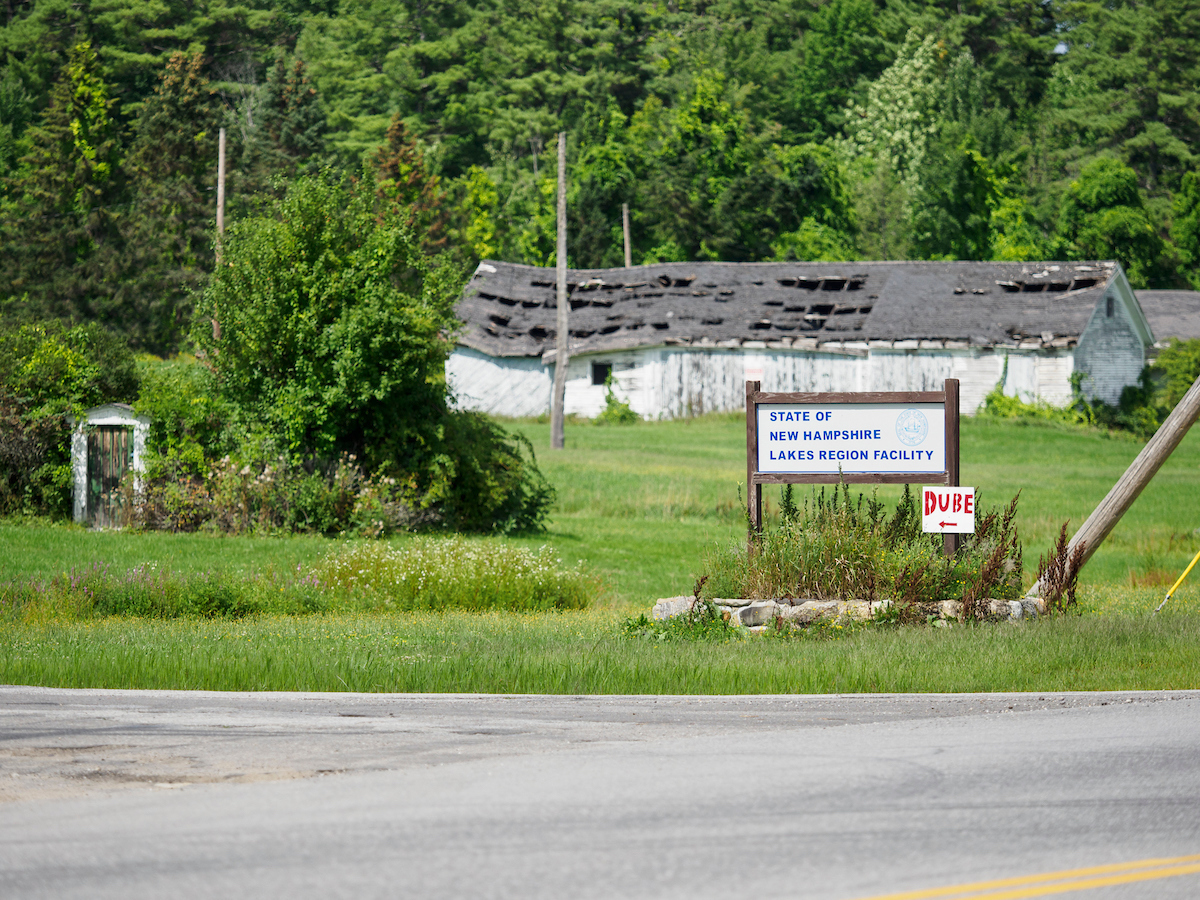 State and Laconia city officials have been trying to sell the property since the Department of Corrections closed a prison on the site in 2009. (Alan MacRae/New Hampshire Bulletin)

After years of failed attempts, the state has identified a buyer who wants to develop the 220-acre former Laconia State School property into a massive housing, entertainment, commercial, and medical services campus that would also provide recreational space for the public.

In a presentation to the public in Laconia Wednesday night, Department of Administrative Services Commissioner Charlie Arlinghaus said he could not name the potential buyer or the sale price because negotiations are ongoing. But Troudy Vaughan, a regional manager with CBRE, the global brokerage firm hired by the state to find a buyer, shared the potential buyer’s plan.

The site would include about 1,300 housing units: 340 single-family, duplex or triplex homes, 170 of which would be “entry level” homes; 108 condominiums; 500 multifamily apartments, 120 of them for workforce housing; and 350 townhomes. There would also be senior housing, with 360 independent senior-living homes and 230 assisted-care units.

Vaughan said the buyer has also proposed a conference center that can accommodate 1,000 people, a “destination center” with 250 rooms, as well as urgent care, pharmacy, and child care facilities. And 50 percent of the site would be preserved for recreational use, possibly climbing walls, a dog park, and an entertainment venue. Those would be open to the public, Vaughan said.

“The developer stressed that it is not their intent to go in and bulldoze and demolish and decide to put in or cram as many single-family homes as possible,” Vaughan said. “Doing so would not meet the needs of the community nor would it preserve the natural beauty of the site. Again, (those are the) words of the developer.”

Arlinghaus said any development would be done in phases. The city would handle building and zoning permits.

Much needs to be done before the property is sold.

Gov. Chris Sununu and the Executive Council must approve the sale, and the Department of Administrative Services must negotiate the final sale. Councilors have said a buyer would have to agree to work closely with Laconia city officials and regional planning organizations to get their support.

Before a plan goes to them, the Department of Administrative Services is accepting written comments from the public via email to rpdas@das.nh.gov. Copies of the plan were not made available Wednesday night, but Laconia Planning Director Dean Trefethen said they would be posted on the city’s website. It was unclear when that would happen.

Arlinghaus said four buyers submitted proposals. He said his department unveiled the proposal it considers the most viable and best use of the site. He said Sununu asked him to present the proposal to the city before it moves forward.

State and Laconia city officials have been trying to sell the property since the Department of Corrections closed a prison on the site in 2009. Prior to the prison, the Laconia State School, a residential campus for people with disabilities, occupied the property for nearly 80 years, closing in 1991.

Despite the sweeping views and Lakes Region location, the 35 dilapidated buildings left behind have made the property difficult to sell. CBRE marketed the site as a beautiful property with “faults.”

Those “faults,” which also include outdated water and sewer systems, led the Department of Administrative Services to write a contract with CBRE that paid a flat rate of $50,000 if the property sold for nothing and a commission of $50,000 or 5 percent of the sale price, whichever is larger.

The state has said the state’s backup 911 call center and the Lakes Region Mutual Fire Aid, which are on the property, will likely be relocated to adjacent state-owned land if the property sells.