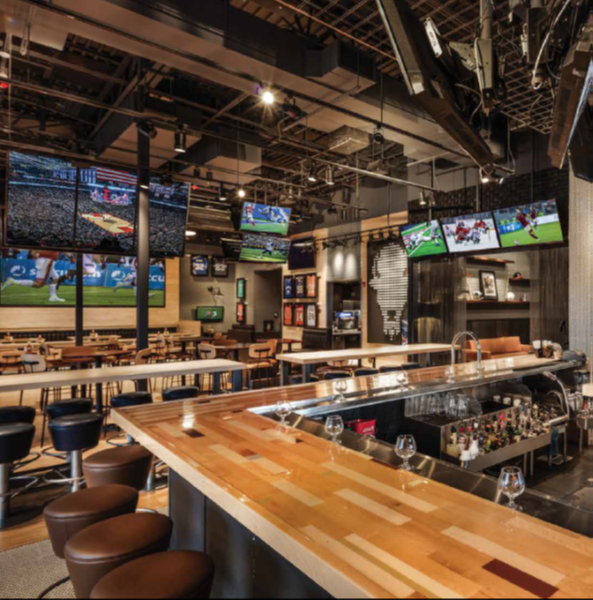 A new concept Buffalo Wild Wings has been announced as the first commercial tenant in the West End Yards development off the Route 1 Bypass in Portsmouth.

The sports bar chain said it will replace its recently closed Newington location with to West End Yards restaurant. The new eatery is scheduled to be opened in the spring of 2022.

Torrington Properties is developer of the multi-use Portsmouth development.

Jason Cole, a partner in Pictor Enterprises, owner of six Buffalo Wild Wings franchises in New Hampshire and Maine, said the new concept Buffalo Wild Wings will feature a dominant bar, made from recycled basketball courts, that anchors the indoor and stadium-like audiovisual technologies with LED modular screens. In addition, the restaurant will feature a dining area with a mix of booths, single tables and community-style tables, including an LED modular “Jumbotron” screen that flanks an entire wall.  When completed, West End Yards will include 134 luxury apartments in Building 1 and another 118 apartments in Building 2.

The Boulos Company, which has partnered with Torrington on past projects, such as the recent acquisition of the Newington Park Shopping Center, helped secure Buffalo Wild Wings’ relocation to West End Yards.