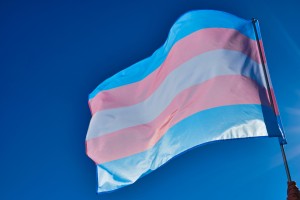 Earlier this year, some transgender and gender non-conforming students in Somersworth began changing their name and pronouns in the school district database. The district has a policy for these students, aimed at protecting their privacy and preventing discrimination. But Somersworth Superintendent Lori Lane wasn’t sure if the school should loop parents in.

“We ask for parents’ permission for kids to do everything from going on a field trip to playing sports to so many things,” she said. “Why would we think that it would be OK to not have this kind of conversation with families?”

The issue of parental notification has become a cause célèbre for conservative activists fighting transgender rights.

But the tension inherent in the issue – between parental involvement and student privacy – is one that school districts across the state are grappling with, including in Somersworth, a city known for its inclusion of LGBTQ+ residents. And in some cases, this debate is leading to changes in the anti-discrimination policies that schools have put in place for transgender students.

Transgender people are protected from discrimination by state and federal laws. And in 2019, Gov. Chris Sununu signed Senate Bill 263, a law that extends the state’s anti-discrimination laws to students of all protected classes, including sex, gender identity, and sexual orientation.

New Hampshire schools have the option to develop policies for transgender and gender nonconforming students. Advocates have pointed to the importance of specific protections for LGBTQ students, who are at higher risk of depression, suicide, and, when parents are unsupportive, homelessness.

According to a report by the ACLU of New Hampshire, roughly 40 percent of public school students in New Hampshire are covered by a policy that addresses the specific needs of transgender students. That includes some of the state’s larger school districts, including Manchester, Concord and Dover, as well as smaller ones like Gorham.

Many of them are modeled after a sample policy that the New Hampshire School Boards Association issued in 2015. It addresses students’ participation in athletics, access to bathrooms, name and pronoun changes and right to privacy. The association pulled this policy in February. It noted that a recent U.S. Supreme Court ruling and New Hampshire anti-discrimination laws affirm the rights of transgender people, but it said that ongoing litigation is raising questions about a “myriad of issues” related to athletics, pronouns, and student privacy.

Following several months of internal discussions, the Somersworth school board issued an update in May to its policy for transgender and gender non-conforming students. It now requires schools to seek permission from both the student and parent or guardian to make a change in a student’s pronoun or name in the official school database.

It also reads: “The school district shall take care to not initiate or otherwise independently encourage the start of a process of social transition for any students but shall follow supportive procedures as discussed in the policy after such transition has been approved by both the student and the parent(s) or legal guardian(s).”

Gerri Cannon, a transgender state representative who also serves on the Somersworth School Bboard, said she at first disagreed with the policy change, but she eventually decided to support it.

“What I don’t want to see is a situation where a student is experimenting with their gender identity and the school decides it’s time to contact the parents. That’s dangerous,” she said. But she points out that a transgender student seeking gender-affirming medical care, hormone blockers or legal changes to their name will likely need parental permission if they’re under 18.

Somersworth superintendent Lori Lane said the policy has received some pushback from LGBTQ students and allies concerned that it will harm transgender students who aren’t out to their parents. She said the school is trying to find a balance.

“You hear this rhetoric: ’The school is hiding something from parents.’ And we don’t want to be known as that,” she said.

The allegation that New Hampshire schools are keeping secrets from parents was one of the primary drivers for a so-called “parental rights” bill that died in the State House in May.

The bill was a priority for many Republicans, and it included a clause that could have required schools to “out” LGBTQ students to their parents, without students’ consent. It failed when some House members of the GOP broke ranks and voted with Democrats, citing warnings from the New Hampshire Attorney General that the bill could violate anti-discrimination laws protecting LGBTQ students.

New Hampshire school districts are also facing lawsuits over their transgender policies, brought by Concord attorney Richard Lehmann. Lehmann also serves as counsel to the state Senate, where he worked on the section in the parental rights bill that could have required parental notification of parents of students affected by any policies relating to “gender expression or identity.”

Lehmann recently brought lawsuits against the Manchester, Exeter and Gilford school districts. The lawsuits allege that schools’ transgender policies infringe on parents’ and students’ freedom of speech and religion, and on parents’ rights to direct the upbringing and education of their child. Lehmann declined several requests to be interviewed for this story.

A judge dismissed the Gilford lawsuit, which was brought on behalf of conservative blogger and activist David “Skip” Murphy. The other two are still moving through the courts.

Chris Erchull, a staff attorney at the national organization GLBTQ Legal Advocates & Defenders, said that New Hampshire appears to be a “hotspot for litigation,” as activists and lawmakers seek to roll back legal protections for LGBTQ students.

“It’s going to be really important to convince people and convince courts that affirming and respecting transgender and gender non-conforming students in school is the bare minimum required by law,” he said. “Putting schools in the position of reporting back to parents the gender or sexual identity of their children is not the proper role of school personnel.”

Four tips for investigating racial and other bias complaints

A remarkable day of celebrating and giving back in Manchester