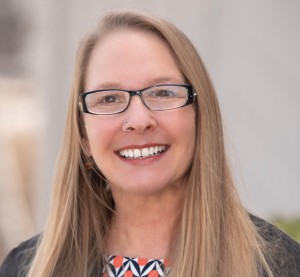 Jennifer Landon, vice president of education and workforce development at the Associated Builders and Contractors of NH/VT was recently sworn in as vice president of the Granite State Chapter of National Women in Construction for the 2021-22 term. NAWIC works to strengthen and amplify the success of women in the construction industry. They are committed to championing women to impact the direction of the construction industry.

The Community Development Finance Authority reports it made 145 investments in community-based initiatives and organizations, infusing more than $20 million into community development, economic development and clean energy projects throughout the state the 2021 fiscal year. The investments were made in 53 different communities. According to the CDFA, the awards rehabbed, preserved or created 152 housing units; created or retained 1,076 jobs; supported 440 micro businesses; and resulted in an estimated annual energy savings of 330,272 kilowatt-hours.

Another high=bay warehouse distribution building has been sold. Prolman Realty Inc. announced the sale of One Bon Terrain Drive, Nashua, to EIP Manager Corp. Mark Prolman represented the buyer and Rich Ruggiero of Newmark Knight represented the Seller, FW Webb Company. The 400,000=-square-foot facility will be repositioned by EIP Manager Corp. to Lease out to one or two tenants. According the Hillsborough County Registry of Deeds, the selling price was $24.0 million.

Some $3.4 million has been awarded through the U.S. Department of Housing and Urban Development’s Youth Homelessness Demonstration Program to two the New Hampshire Balance of State Continuum of Care, which will receive $2.2 million, and the Manchester Continuum of Care, which will receive $1.2 million. Recipients can use the funding to support rapid rehousing, permanent supportive housing and transitional housing, and to fund such programs as host homes.

David Choate and Andrew Ward of Colliers’ Portsmouth office represented the seller, 105-107 Market Street LLC, in the transaction. Tony Jalbert, of Tate & Foss Sotheby’s International, represented the buyer, 409 Franklin Pierce Highway LLC. According to the Rockingham County Registry of Deeds, the sale price was $2.5 million. The six-story, waterfront, mixed-use building is made up of retail spaces on Ceres and Market streets, office space and three apartments.

The sale of the 52-room, seven-apartment SureStay Hotel in Presque Isle, Maine, by Best Western to Sucha Dillon Estates LLC has been announced by Wason Associates Hospitality Real Estate Brokerage Group, Portsmouth. Jim Doucette and Earle Wason were the brokers.

President Biden has appointed Michael Swack, a professor at the University of New Hampshire, as a member of the Community Development Advisory Board. At UNH, Swack has appointments at the Carsey School of Public Policy and at the Peter T. Paul College of Business and Economics. He also directs the Center for Impact Finance and the Master’s Program in Community Development, a program designed for adult practitioners. At Carsey, he is working on building scale in the community development finance sector, innovations in community development finance, microfinance, and sustainable energy financing. He also directs the Financial Innovations Roundtable a collaboration with the Board of Governors of the Federal Reserve.