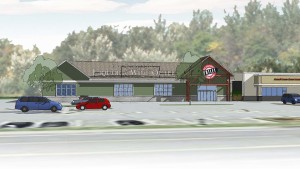 The New Hampshire Liquor Commission has announced plans to build a new 10,000-square-foot NH Liquor & Wine Outlet in the Kilburn Ledge Plaza at 804 Meadow St. in Littleton. The commission plans to break ground this month, with the opening scheduled for spring 2021.

Wayne Blais, a superintendent for Jewett Construction in Raymond, has been awarded the company’s Safety Excellence Award, which is presented to recognize employees that follow good safety behaviors and drive Jewett’s safety standards on project sites. He is currently working on Jewett’s PH Electric project in Plaistow.

David Grappone has been named to a three-year term on NeighborWorks Southern New Hampshire’s board of directors. Grappone, who has been involved with the nonprofit as a volunteer for several years, is a commercial agent with Keller Williams Metropolitan Realtyin Bedford. In 2012, Grappone helped broker the purchase of 801 Elm St. in Manchester, a two-floor building where NeighborWorks’ primary offices are located.

B2W Software of Portsmouth, a provider of heavy construction management software, says it has enhanced change order management capabilities in its B2W Estimate application. The firm says the new functionality makes it easier and faster for estimators to add, modify and track change orders directly within an original estimate.

Appledore Marine Engineering, Portsmouth, has been awarded a five year, $15 million contract by the U.S. Navy for waterfront inspection services in Region 4, which includes naval bases in Washington, Oregon and Alaska, Lake Pend Oreille in Northern Idaho and all Pacific U.S. territories, including Guam, American Samoa, Wake and Midway Islands. The work includes underwater and above-water inspections, material condition assessments on the waterfront structures and engineering and design services.

Amherst-based construction management firm Fulcrum Associates will sponsor a community blood drive for the American Red Cross from noon to 5 p.m. Wednesday, Sept. 30 at LaBelle Winery in Amherst. “Now more than ever, resources are limited and we all have a responsibility to help as much as we can,” said Karen Massone, director of human resources at Fulcrum. “We encourage those who are able to join us in this simple and free, yet immensely impactful, act of giving blood to help save lives.” To reserve a blood donation slot online, visit redcrossblood.organd use sponsor code “FULCRUM” in the search field.

Nominations are due Friday, Sept. 11, for the New Hampshire Preservation Alliance’s Seven to Save program, which focuses attention and resources on significant historic properties in New Hampshire that are threatened by neglect, deterioration, insufficient funds, inappropriate development or insensitive public policy. Announcement of the new list will be released in October. For more information, visit nhpreservation.org.

DECCO Inc. has dedicated its Center for Craft Excellence in Brookline in memory of partner Tim Barton, who died in June. He was a member of DECCO’s board of directors and executive vice president responsible for recruiting, retention, and training for the company’s workforce.