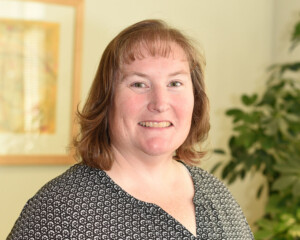 Concord-based engineering firm Sanborn, Head & Associates Inc. has hired Rebecca Bentley as a vice president in the firm’s real estate development practice. Bentley, an engineer with over 20 years of expertise in geotechnical and construction-related engineering services, recently relocated to New England from Michigan, where she worked with developers and property owners on a wide range of real estate development projects.

30 Temple Street in Nashua, a 119,500-square-foot Class A office building, has been sold for $10.7 million. The building was 20 percent vacant at the time of the sale. Among its tenants are a law office, a catering operation and an advertising and marketing company.  Robert Rohrer, managing director of Colliers Manchester, represented the seller, Creg-Temple Street LLC, an R.J. Finlay & Co.LLC. Laura Nesmith, also of Colliers Manchester, , assisted the buyer, Whiting Building LLC.

The venerable Claremont Motorsports Park in Claremont is being sold, and the operator of the facility for the last three years will not be back to operate it. Mike Parks, owner of MDP Motorsports Promotions, announced in a Facebook post earlier this month that his lease to operate the track will not be renewed for the 2023 season as a sale is worked out between its two co-owners, Norm Wrenn and Ben Bosowski. Wrenn also owns the New Hampshire tracks Monadnock Speedway in Winchester and Lee USA Speedway in Lee. Bosowski owns the Hudson Speedway, also in New Hampshire. According to the Race Day CT website, Bosowski is in negotiations to take full ownership of the Claremont track.

The Associated General Contractors of America has released a series of video public service ads that feature industry professionals who have felt the impact of suffering with mental health issues while trying to maintain the normalcy of day-to-day life and work. The videos are part of the association’s ongoing efforts to combat high suicide rates and improve mental health among the industry’s workers. Stephen E. Sandherr, the association’s CEO, said, “The hope is that these videos will serve as a catalyst for encouraging people to seek support when they need it.” He added that the videos are part of a broader ABC effort to address high suicide rates in the construction industry.

Scalora Consulting Group, Portsmouth, an owner’s representative firm in the design and construction industry, has become is now a Certified B Corporation. According to Scalora, it is the only owner’s representative in the country to be certified as a B Corp. The company said it took the step to certification because it believes a company can make profits for its shareholders while simultaneously making a commitment to its stakeholders and improving social well-being, thereby balancing profit with purpose.

The installation of a new solar array at The Rocks in Bethlehem was recently completed by ReVision Energy, part of the Society for the Protection of New Hampshire Forests’ renovation project to create Forest Society North at The Rocks. The solar array is made up of 180 photovoltaic solar panels spanning three ground mounted rows in a field next to the Carriage Barn. The 86.4-kilowatt array will produce over 100,000 kWh of clean solar energy each year and will power geothermal heat pumps. The project will offset 156,000 pounds of carbon annually, the equivalent to removing 15 passenger cars from the road.

The NH Department of Environmental Services Coastal Program has issued $121,279 in federal grant funds to projects designed to enhance resilience of New Hampshire communities in the face of increasing coastal flood risks. The Black Heritage Trail of New Hampshire was awarded $19,500 to assess groundwater encroachment that is posing risk to the basement of their historic headquarters building located in Portsmouth. The Rockingham County Conservation District was awarded $40,000 to conduct an alternatives analysis and preliminary design for a culvert replacement at Pit Lane in New Castle to improve salt marsh habitat and reduce road vulnerability to flooding. The town of Exeter was awarded $40,000 to advance a feasibility study to identify options to bring the Pickpocket Dam into compliance with NHDES dam safety rules and reduce associated flood risk and environmental harm. And the Robinwood Center, based in Stratham, was awarded $21,779 to hold a climate justice storytelling series for Seacoast community members and explore opportunities to advance work at the intersection of climate and racial justice in coastal New Hampshire.