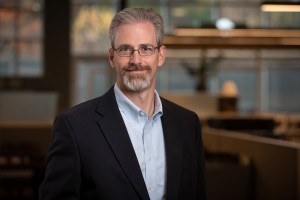 The Business & Industry Association will be presenting its annual BIA Forum on Workforce Housing from 11:30 a.m. to 1:30 p.m. Thursday, Oct. 13, at the Manchester Country Club in Bedford. The program includes a panel discussion on the state’s housing crisis and the initiatives that are currently underway to address it as well as new programs and resources that could be considered in the next legislative session to increase the New Hampshire’s housing stock.

Another major housing forum – the NH Housing Authority’s annual Housing & Economy Conference will be presented from 8 a.m. to 1 p.m. Tuesday, Nov. 15 at the DoubleTree by Hilton in Manchester. Speakers will include:

Registration for the event is $50 and includes full breakfast and parking. For questions or help with registration, please email info@nhhfa.org.

Parkland Medical Center has broken ground on its new freestanding emergency room in Plaistow. Located at 26 Plaistow Road, the new ER is a nearly 10,000-square-foot freestanding facility that it is expected to open in spring 2023.

Atlantic Capital Partners has arranged the sale of a 127,058-square-foot retail building in the Fox Run Mall in Newington that was formerly occupied by Sears. Justin Smith, Chris Peterson, Sam Koonce and Cole Van Gelder of Atlantic Capital represented the buyer and seller in the transaction.

Newforma of Manchester, a provider of project information management software for architects, engineers, contractors and owners has been named to the Construction Executive list of Top Construction Technology Firms for 2022. Newforma’s Project Center and ConstructEx are included on the year’s list.

Work has begun on The Derryfield School’s new dining facility. Eckman Construction of Bedford is handling the work to build The Commons, provide a 12,000-square-foot addition featuring a dining area with seating for over 300, an open servery with food stations, a pizza oven, a commercial kitchen that will house a wide range of commercial cooking equipment and an auxiliary dish room. The design-build project team includes Banwell Architects, TFMoran and W.V. Engineering Associates.

Real estate developer and management firm Brady Sullivan Properties has plans to build 110 apartments in a five-story office building on Elm Street in downtown Manchester. The project at 1230 Elm St. involves a building that once housed 300 workers from Southern New Hampshire University. The NH Union Leader reported that Brady Sullivan is seeking a variance from the city’s Zoning Board of Adjustment to exceed the city’s density requirements.  Under current zoning, only 36 apartment units would be allowed at the site. The variance proposal will go before the ZBA on Thursday. The apartments, the company said, would be mostly two-bedroom units rented at market rates.