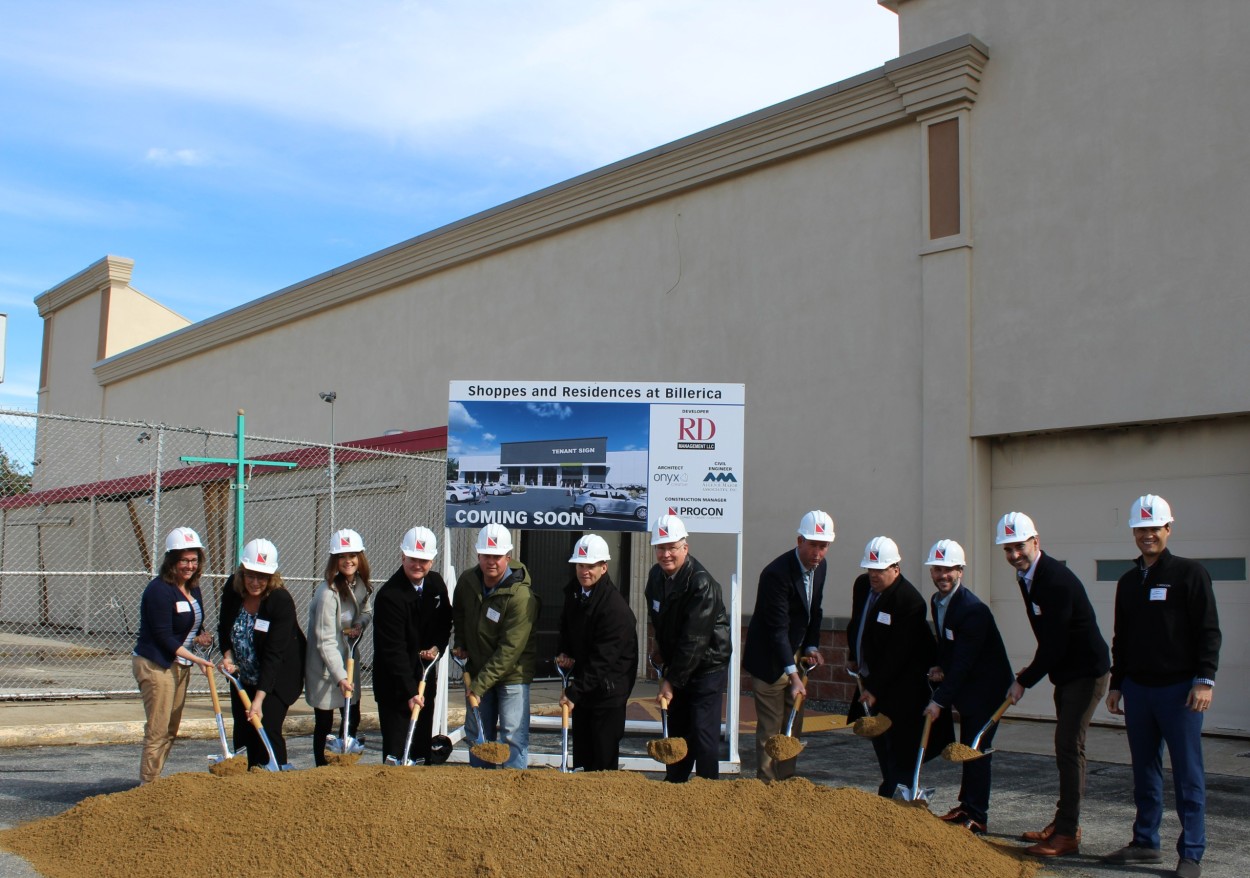 Officials in Billerica, Mass., recently joined F.B. Billerica Realty Investors LLC and Hooksett, NH, design-build firm Procon to break ground for redevelopment of the Billerica Mall. The new mixed-use project, known as the “Shoppes and Residences at Billerica,” is located at 480 Boston Rd. and will consist of a new 43,000-square-foot national supermarket replacing the former 84,000-square-foot Kmart that has been vacant for many years.

Autodesk Inc. has launched a new collaboration capability called Bridge, which it says allows construction teams to share only relevant data with project stakeholders, regardless of whether they are on the same team or building project within Autodesk Construction Cloud. Autodesk says Bridge gives teams control over their respective project data sets by enabling them to share select sheets, folders and files with collaborators without having to share all project information. The company says it lessens the need for manual data transfer and management and provide confidence that everyone is working from the same information, minimizing rework and saving teams time and money that directly impacts their bottom lines.

The investment sale of the Nettles Shoppes, a 100 percent occupied retail plaza consisting of three freestanding buildings at 379 S. Broadway in Salem has been announced by Hugo Overdeput of Colliers’ Manchester office. Overdeput represented the seller, Nettles Limited Partnership, in the sale of the fully leased 28,000-square-foot plaza. James Casey of Northeast Private Client Grouprepresented the Massachusetts-based Buyer. According to the Rockingham County Registry of Deeds, the sale price was $4.75 million.

Overdeput also represented the seller, TKD Properties LLC, in the investment sale of a 10,496-square-foot, fully leased two-story office building at 103 Stiles Rd. in Salem. Carla Herrick of Century 21 Northeast procured the buyer, Herrick Development LLC. According to the Rockingham County Registry of Deeds, the sale price was $1.95 million.

The Executive Council has approved $4,289,000 in a combination of grant and loan funds for Charlestown to fund water system improvements. The NH Department of Environmental Services will provide the funding through the American Rescue Plan Act and the Drinking Water State Revolving Loan Fund. The agency said the Charlestown project is the first to receive final approval of ARPA infrastructure funding in New Hampshire.  NHDES has offered over $100 million in funding for 232 projects, which are in the process of finalizing their proposals to NHDES for submission to the Executive Council for approval.

The H.L. Turner Group Inc., Concord, has hired Carole Zielinski as controller in a newly created position. She has over 25 years of accounting experience in a variety of construction industries.

TFMoran Inc. has announced three new hires: Matthew Routhier has joined the firm as a civil project manager in the Bedford office; Gwynette Bayacal is now an administrative assistant in the Portsmouth office; and Jonathan Rahilly has joined TFMoran as a survey technician in the Bedford Office.

Manchester-based Metro Walls has officially become a 100 percent employee-owned company.  With the transition to employee ownership, Mike Dion, former owner and president of the firm, has stepped away from day-to-day operations and moved into the role of chairman of the board of directors, and Bryan Hussey, former executive vice president has succeeded him as president of Metro Walls. No other changes in management will take place.  “This transition is extremely exciting for Metro Walls, and we are thrilled to offer this new benefit to our employees,” said Hussey. “Becoming 100 percent employee-owned rewards our amazing team, keeps them invested and engaged, assists with attracting top talent and allows us to continue our growth and success well into the future.”

Northern Properties Realty Group has added agents Mariah Frisella and Jennifer Rosa to the team. Both will be focusing on single-family home sales and investment properties. Rosa will also have a focus on multifamily home sales.