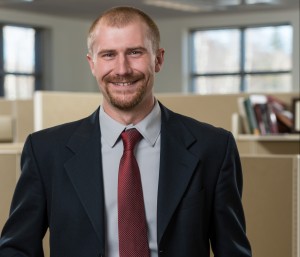 Harrison Roakes of Manchester, an engineer with Sanborn Head in Concord, has been named the 2021 Young Engineer of the Year by New Hampshire’s engineering societies. Roakes, who joined the firm in 2014, is currently a project manager responsible for private and public-sector projects. In 2019, he won the Environmental Business Council of New England’s Ascending Leader award in 2019. He will be officially honored at the 2022 Engineers Week Awards Banquet & Exhibition.

Evernorth, the nonprofit that encompasses Northern New England Housing Investment Fund and Housing Vermont, has completed raising money for its second multi-investor fund, Housing New England Fund II. The fund is designed to provide equity to finance affordable housing in Maine, New Hampshire and Vermont.  According to Evernorth, 19 investors committed a total of $60.7 million in equity to the fund. The investors include community, regional and national banks as well as a large national mortgage banking organization said, Nancy Owens, co-president of Evernorth. In all, the fund will invest in 18 developments, with nine in Maine, three in New Hampshire and six in Vermont, creating 744 affordable apartments.

Concord-based CATCH Neighborhood Housing has received a $20,000 grant from the Lincoln Financial Foundation in support of its collaborative housing education program, HOMEteam, a partnership of CATCH, NeighborWorks Southern New Hampshire and Lakes Region Community Developers that provides New Hampshire resident with tools and education for purchasing, renting and maintaining a home.

Dartmouth-Hitchcock Health is the lead sponsor of “Communities and Consequences II,”a New Hampshire PBS online engagement series of virtual screening and discussion events beginning 4 p.m. March 1. The first program will include a viewing of the “Communities and Consequences II” documentary followed by a discussion moderated by Matthew Houde, D-HH vice president of government relations, and Dave Juvet, senior vice president of public policy for the Business and Industry Association of New Hampshire.

The deadline is Wednesday, April 14, for community organizations and local governments to apply for AARP New Hampshire’s 2021 Community Challenge grant program. Grants are used to fund quick-action projects that can range from several hundred dollars for small, short-term activities to several thousand or tens of thousands for larger projects. The program is part of AARP’s nationwide Livable Communities initiative, which supports the efforts of cities, towns, neighborhoods and rural areas to become great places to live for people of all ages. All projects must be completed by Nov. 10. To submit an application and view past grantees, visit AARP.org/CommunityChallenge.

Meredith Village Savings Bank has purchased $10,000 in tax credits through the New Hampshire Community Development Finance Authority in support of the Southeast Land Trust of NH, or SELT. The funds will support construction of the new Mathey Center for People and Nature and the renovation of the John P. Chase Farmhouse at the 240-acre Burley Farms in Epping. SELT will also move operations to this site, which lies at the center of its 52-town service area.