Pappas: Federal stimulus package ‘gets us most of the way’ 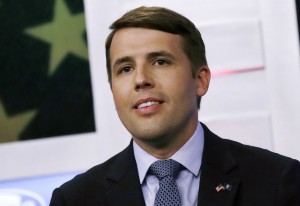 U.S. Rep. Chris Pappas, D-1st Dist., calls the $1.9 trillion American Rescue Act signed into law Thursday by President Biden “sensible, with a scope measured the size of the crisis.” The measure, he adds, “gets us most of the way.”

“It’s the next in series of efforts to provide relief to the people who need it the most,” the congressman told NH Business Review.

According to Pappas, once the full measure of the plan is taken, its impact in the form of direct payments and benefits to individuals and families as well as funding to state, county and municipal government will be “in excess of $2 billion” for New Hampshire.

By making the child tax credit fully refundable and increasing the credit from $2,000 to $3,000 — and to $3,600 for each child younger than 6 — is projected to raise 8,000 children from poverty while providing tax relief to the families of some 220,000 New Hampshire children.

Unemployment benefits, topped by a supplement of $300 per week, will provide those without work with $17 million per week through Labor Day. Exempting up to $10,200 in unemployment benefits paid in 2020 from federal income tax reduce the tax burden on households with incomes of less than $150,000.

He said expanding the subsidies in the Affordable Care Act market, will enable more families to qualify for healthcare coverage as well as provide more generous benefits to those currently enrolled in the program.

The cap limiting eligibility to those earning less than 400% of poverty will be lifted and the cost of a silver plan on the ACA market will be capped at 8.5% of income. And individuals earning less than 150% of the poverty limit, whose premium is currently capped at 4% of income, will pay nothing at all. For average New Hampshire families, premiums will fall by $291 per month.

Some funds are earmarked for specific purposes. For instance, to prepare and equip schools to reopen quickly and safely, $350 million has been allocated to improve ventilation systems and restructure classrooms while setting aside 20 percent of the funds to compensate for foregone instruction because of the pandemic.

Another $367 million has been set aside for childcare providers to help them reopen their facilities, operate safely and reduce fees to ease the financial pressures weighing on working families. And $152 million has been designated for emergency assistance for those struggling to pay rent and utility bills and suffering from food insecurity.

The package also expands the eligibility and increases funding for the Payroll Protection Program, and it establishes a $28.66 billion Restaurant Revitalization Fund to specifically assist perhaps the most beleaguered sector of local economies.

Among the towns, allocations range from as little as $20,000 for Roxbury, Windsor and Waterville Valley to as much as $3.32 million in Salem and $2.62 million in Derry and Merrimack.

Pappas noted that the CARES Act, enacted last spring, did not designate funding for local aid and that by design the American Rescue Act affords officials considerable latitude in deciding how to apply the funds. In particular, he said there are no strict deadlines by which funds must be spent or unexpended funds remitted, as the CARES Act prescribed.