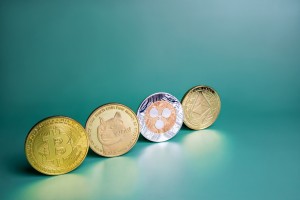 All things being equal, qualified contractors who use domestic steel would get priority in bidding on state projects. That’s the deal reached by House and Senate lawmakers that will allow a bill mainly setting up a framework to regulate cryptocurrency to go forward.

In March the House passed the 19-page House Bill 1503, which adopts a national Unform Commercial Code for “Controllable Electronic Records” into state law. The bill exempts blockchains from some securities regulation in order to make the state a bit of a haven for the new technology, which some liken to a Ponzi scheme while others herald as the currency of the future.

The Senate didn’t mess with the underlying bill very much, but it did tie old and new technologies together by attaching Senate Bill 438, which mandates that state use domestic steel on contracts a $1 million or more.

House lawmakers were not pleased. During last Friday’s committee of conference, Rep. John Hunt, R-Rindge, said it was “offensive,” since it would force the state to except higher bids at the expense of taxpayers in order to prop up a declining industry.

That led to accusations that the House did the same thing by trying to attach a cosmetology bill to a steel bill.

“The Senate didn’t fire the first shot,” Sen. Sharon Carson. R-Londonderry. “What do you want to do? Do you want us to walk away?”

Both sides did walk away without setting another time to meet, and both pieces of legislation appeared doomed. However, on Thursday without fanfare or Friday’s acrimony, the Senate came back with an amendment without explaining it, and the House instantly accepted it in a meeting that lasted less than a minute

“If the competitive bidding process results in all qualifying factors being equal” the amendment said, “the contract shall be awarded to the contractor offering steel fabricated in the United States.” The new language doesn’t include the $1 million threshold.

The new amendment also allows the state to withdraw from the contract if a “Made in America” label turns out to be false and the steel has been produced elsewhere. The deal still needs to be passed by both the full House and Senate and signed by the governor to become law.