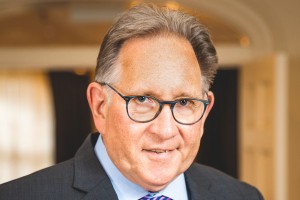 The NH Prescription Drug Affordability Board (PDAB) was created with enactment of RSA 126-BB during the first Covid-dominated session and became effective July 1, 2020. The PDAB’s linchpin duty is setting “annual spending targets” for prescription drugs purchased by New Hampshire’s “public payors” (the “taxpayers” of the state, counties, cities and towns). The overall purpose of the statute is to save New Hampshire taxpayers money.

It is curious, then, why the PDAB refuses to specify how the taxpayers’ “spending targets” will be established. The PDAB’s proposed rules simply copy language from the statute (which itself is copied from Maine’s PDAB statute) and provide zero guidance to the regulated community on “spending targets.” The PDAB has been asked repeatedly how they will “determine annual spending targets for prescription drugs purchased by public payors based upon a 10-year rolling average of the medical care services component of the United States Department of Labor, Bureau of Labor Statistics Consumer Price Index, medical care services index, plus a reasonable percentage for inflation and minus a spending target for pharmacy savings ….”

The final proposal fails to provide any answer much less a useful, clear answer to this fundamental question.

We asked the PDAB more than once to provide some clarity or precision in its rules so that the regulated community could understand how the “spending targets” will be determined. More importantly, we all need to know so that the board can uniformly apply the law. The board ignored these requests and, in failing to simply explain how the “spending targets” will be determined, failed to comply with the legal requirements governing adoption of the proposed rules under state law and the Joint Legislative Committee on Administrative Rules drafting manual.

It gets worse. The PDAB doesn’t want taxpayers to know what they are paying for physician/hospital-administered drugs. Contrary to the enabling statute, the PDAB (which is majority controlled by retired physicians and hospital executives) recently voted to exclude physician and hospital administered prescription drugs from its cost data collection and “spending targets” responsibilities.

Think about that. The PDAB has voted to ignore nearly half of the state’s entire prescription drug spending. The price of these drugs can be tens of thousands of dollars per treatment or more. There are numerous studies reporting on the prices charged to payors by physicians and hospitals and on the physician/hospital’s enormous markups, with 200 to 400 percent being quite common. These outrageously inflated drug costs are in addition to fees separately charged by providers for administering the drugs to patients.

New Hampshire taxpayers deserve to know how much public payors and others are paying for physician/hospital-administered drugs.

Retail, online and mail order prescription drugs are reported in a different CPI index, namely the medical care commodities (not services) component of the federal CPI, which component is not even incorporated in the New Hampshire law.

Finally, New Hampshire already has the physician/hospital- administered prescription drug data in existing collection and reporting systems. Assertions that physician/hospital prescription drug billing and reimbursement practices are too complicated and complex to track and decipher are incorrect, as evidenced by the fact that the NH Department of Insurance actually uses the state’s statutorily established Comprehensive Health Information System database to report such drug spending and reported it is nearly half of the total cost that New Hampshire consumers and taxpayers are paying for prescription drugs.

We all have reason to hope. Perhaps the PDAB will revisit their decision and acknowledge the fact that New Hampshire cost data includes physician/hospital-administered drugs costs. Certainly, the PDAB can do something with this data. We cannot allow the PDAB to ignore nearly half of taxpayers’ entire expense for prescription drugs. New Hampshire taxpayers have the right to know what they are paying, and the PDAB has the duty to tell them.