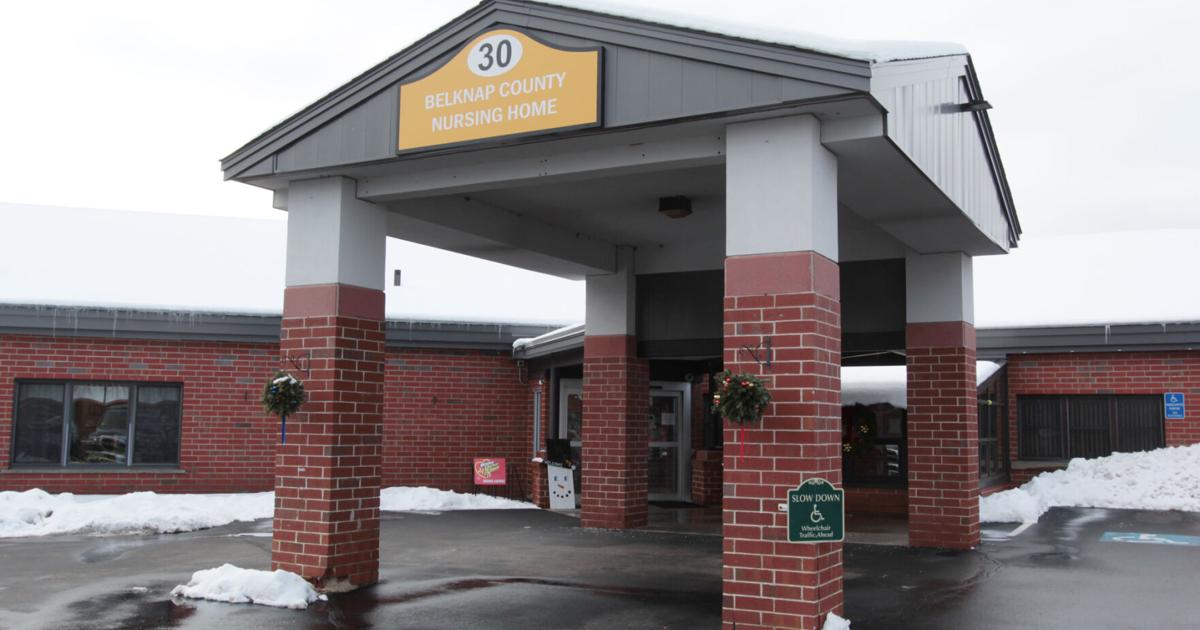 As Belknap County prepares its budget for this year, the long running rift between the county commission and county convention turns on the future of the nursing home, which the commissioners fear the austere policies of the convention have put in jeopardy.

The Belknap County home represents 40 percent of the county budget. However, most of the cost of operating the nursing home is offset by the revenue it generates, primarily from Medicaid reimbursements but also from private payers, leaving a relatively small deficit funded by property taxes.

Reimbursements to the state, on the other hand, are funded solely with property taxes. While the county controls the budget of its nursing home, the reimbursement payments, which have risen 31 percent during the past decade — from $5.6 million in 2011 to $7.6 million in 2021 — are set by the state.

Counties are governed by a commission, composed of elected commissioners, and a convention, consisting of the elected representatives in the NH House. The commission manages the operations and finances of county departments as well as recommends the annual county budget to the convention for its approval.

For much of the past decade, successive Belknap County conventions have overridden recommendations of the commissions and squeezed county budgets to minimize the amount raised by property taxes. Despite rising costs, between 2010 and 2021, the county budget has increased by a mere $4,972 from $30,251,180 to $30,256,152, the leanest of any county. And the amount raised by property taxes has fallen from $14.3 million, to $13.1 million.

In the 2020 election, Republicans captured all 18 House seats in the county. Fifteen of the 18 earned the highest grades awarded by the NH Liberty Alliance for their voting records during the last legislative session. And 13 were scored “A” by Americans for Prosperity, a conservative political action committee that endorsed and funded their candidacies.

Rep. Mike Sylvia, a Free Stater from Belmont who chairs the convention, is a past chairman of the NH Liberty Alliance and was named its Legislator of the Year in 2018. This year, with his vice chairman, Rep. Ray Howard of Alton, he sponsored legislation calling for New Hampshire to secede from the United States. They are joined on the convention’s executive committee by Reps. Norm Silber of Gilford, chair of the county GOP, Glen Aldrich of Gilford, also a Free Stater, and Barbara Comtois of Barnstead.

In the last two years, the convention has doubled down on the fiscal policy of its predecessors, placing the future of the county nursing home in jeopardy.

The nationwide shortage of nurses, compounded by the impact of the pandemic, has quickened turnover and shrunk staff at the nursing home. In 2021, turnover stood at 70 percent of LNAs and 52 percent of RNAs and LPNs, while 32 positions fell vacant.

The staffing shortage left the facility operating at two-thirds of capacity, unable to serve its waiting list of 70 and foregoing some $1.5 million in revenue in Medicaid reimbursements alone.

The commission recommended increasing the nursing home budget from $11.2 million to $12.4 million. Wage increases of $3 to $5 an hour represented the largest share of the increase intended to slow the turnover and fill the vacancies, enabling the nursing home to fill its 96 licensed beds, operate at optimal capacity and maximize its revenue.

Instead, the convention budgeted $11.5 million for the nursing home, almost a million less than the commission recommended and just $325,000 more than in 2019 when the facility was operating at full capacity. Sylvia dismissed the commission’s argument that more competitive wages would enable the nursing home to overcome its staffing shortage. Instead, he said with fewer residents and employees operating expenses could be reduced.

In preparing this year’s budget the commission again sought to persuade the convention invest in the nursing home, recommending that its budget be increased by $1.8 million to $13.4 million. Once more, the commissioners pressed to raise salaries and wages for nursing staff to competitive levels to recruit and retain enough personnel to operate the facility at its licensed capacity. The commission projected that operating at full capacity, the nursing home would generate $12.2 million in revenue million against its budgeted expenses of $13.4 million.

Yet Silber, an architect of the county budget, told a House committee, “We don’t get enough money to run our nursing home.”

In addition, the commission proposed appropriating $1.1 million allocated to the county by the American Rescue Plan Act for premium pay program for essential employees throughout the county, including the nursing home.

But once again, the executive committee of the convention has recommended cutting the commission’s nursing home budget. This time by $1.4 million — from $13.4 million to $12 million — with salaries and wages representing $881,660 of the reduction. Likewise, the committee halved the ARPA funds the commission directed to the premium pay program.

During discussion of the budget, Howard asked, “At what point do we consider privatizing the nursing home? The way it’s working now, it’s not an advantage.”

Commissioner Glen Waring, formerly county finance director, points out that by failing to make sufficient investments in the nursing home to ensure it operates at optimal capacity, the county foregoes the revenue that would defray much of its expenses.

Moreover, Waring noted that as the nursing home population falls, the number of Medicaid-eligible residents receiving long-term care in other settings rises.

Although the county has no control over the cost of these services, it pays for them — with property taxes — in the form of reimbursement payments to the state. In other words, the county cannot escape its responsibility for the long-term care of its Medicaid-eligible residents, but the commission insists it can limit the liability of its property taxpayers by operating a viable nursing home.

The convention is scheduled to meet Tuesday when it is expected to take up the 2022 budget.