With support for the industry, the future of the energy source in New Hampshire is a bright and booming one

One year after Governor Sununu announced plans to investigate offshore wind in the Gulf of Maine, much has been accomplished. 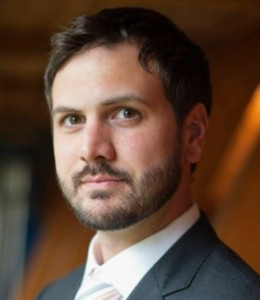 The first official Intergovernmental Task Force meeting — established to gauge the technology’s potential — was held on Dec. 12. Convened by the federal Bureau of Ocean Energy Management (BOEM for short), the meeting was well attended and provided a great deal of information and clarification on what the Task Force’s next two years will entail.

Still, this meeting was just the beginning — an inflection point that has since sparked the beginning of many other initiatives throughout the region. All with the aim of establishing greater understanding of the gulf’s marine environment and how offshore wind might fit in.

Over the next three to five years, the states of New Hampshire, Maine and Massachusetts will be gathering information to determine the most appropriate siting locations for offshore wind development. While this data-collection effort includes many moving parts, one word in particular looms largest of all: assessment.

The need for assessment in our region is significant and covers several wide-ranging issues, including but surely not limited to:

In my opinion, floating technologies represent the most promising course of action — but that’s a topic for another time.

In addition, several areas of assessment — namely those involving workforce development, infrastructure, and business-development needs — will need to be fleshed out sooner rather than later.

Workforce needs promise to be particularly pressing. While three to five years appears to be a reasonable timeframe to develop the necessary job-training programs, unless we focus our attention on this component now, that time will quickly disappear.

New Hampshire will be competing with our neighboring states — and beyond — to supply that needed talent. Sufficient time is required to develop the appropriate training programs for the type of technologies we can expect in the Gulf of Maine as well as to select training officials to teach these cutting-edge courses. Such an infrastructure cannot be created overnight; it requires constant communication and coordination.

Given the breadth of these assessments, many different stakeholders will have to be involved: state, federal and tribal officials; academics; fishermen; developers; consultants; environmentalist; and, most crucial of all, the public. Moreover, through the creation of four specific advisory boards (part of an executive order signed by Governor Sununu), the state will be tasked with investigating New Hampshire’s fisheries, economic development opportunities, siting and transmission and port infrastructure — all within the next year. For these processes to succeed, participation and patience from all stakeholders will be critical.

The International Energy Agency estimates that the global offshore wind industry could be valued at $1 trillion by 2040. We can’t allow New Hampshire to be left behind. There’s simply too much at stake — clean, reliable energy, good jobs and a thriving economy — to not embrace this unique moment in our state’s history.

The future of offshore wind in New Hampshire is a bright and booming one — so long as we’re willing to support the industry at this critical early juncture, and keep our efforts gusting in the same direction.