NH ranks among states with lowest percentage of zombie properties 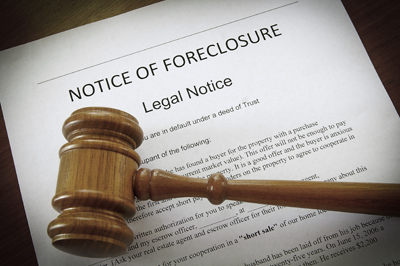 Nationwide, more than 1.5 million single-family homes and condos are vacant due to foreclosures, according to a report by the property database firm ATTOM Data Solutions — that’s 1.6% of all homes nationwide.

During the third quarter of 2019, more than 304,000 homes were in the process of foreclosure, with about 3.2% (or 9,612 properties) considered “zombie” foreclosures, a term referring to properties that have been vacated due to possible foreclosure.

While the count of properties in the process of foreclosure is down by nearly 22% since the same period of 2016, the number of homes that sit empty has dropped nearly in half, according to ATTOM.

Washington, D.C. reported the highest percentage of zombie foreclosures, with 12.5%, followed by Oregon with 8.8% and Maine with 8.5%. New Hampshire was joined by Connecticut, Delaware, Colorado and Idaho for having the lowest percentage of total properties vacated due to possible foreclosures.

New York had the highest actual number of properties vacated due to possible foreclosures, also referred to as zombie properties, with 2,428 properties. It was followed by Florida (1,634), Illinois (985), Ohio (891) and New Jersey (463).

“The blight of vacant, decaying properties facing foreclosure has declined dramatically across the United States – another good-news offshoot of the housing boom that’s gone on for eight years,” said Todd Teta, chief product officer with ATTOM Data Solutions. “A handful of areas still face notable problems with homes abandoned by owners after they get hit with foreclosure claims. But with the economy improving and the housing market still hot, an expanding number of neighborhoods across the country face little or no problem with these so-called zombie properties.”