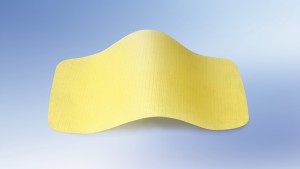 As of Tuesday, there are some 2,136 cases filed against the Merrimack-based firm in Concord, which is handling the class-action litigations, with trials still scheduled to begin in September.

In May alone, there have been 75 Atrium cases filed, almost two-thirds of all the cases filed in the court. That represents more than twice the rate they were being filed two years ago. Indeed, the court has set up a separate website devoted to the cases.

Most of the May cases first developed a year ago, and although they will still keep coming in, the number of new claims has “stabilized,” so it will wind up somewhere in the mid-2,000 range, estimated Jonathan D. Orent, the class-action plaintiffs’ lead attorney from Providence, R.I.

While the plaintiffs are from around the country, hundreds of New Hampshire residents have a separate class action filed in New Hampshire Superior Court.

All of the lawsuits blame Atrium’s C-QUR hernia mesh products, which are coated with a fish oil derivative (an Omega-3 product similar to the nutritional supplement), the company’s unique solution to adverse reactions.

But plaintiffs’ attorneys allege that the fish oil is a large part of the problem, along with the plastic mesh itself and the Federal Drug Administration’s medical device approval process.

Atrium was acquired in 2011 for $680 million by Maquet Cardiovascular, a New Jersey-based subsidiary of Getinge Group, a publicly traded Swedish firm. Both companies were named in the original lawsuit, but the plaintiffs dropped Getinge after a confidential settlement.

Hernia meshes are a small part of Atrium’s business, and the lawsuits it is facing are a small fraction of the number facing the entire medical mesh industry, which has seen settlements in the hundreds of millions of dollars. But even the thousands of suits filed so far pale in comparison to the over 1 million medical surgeries performed each year.

After several years of discovery coming to an end, both parties are about to enter into the settlement phase, with an Aug. 2 deadline to reach an agreement before a trial is to be set sometime in September. Atrium had wanted to push the trial into January 2021 because of difficulty of taking depositions during a pandemic, but the plaintiffs were willing to waive some of depositions to keep the schedule on track.

Orent said that the September time frame would be the “sweet spot” for a trial before a possible second wave of the virus took hold. The judge ruled largely in the plaintiffs’ favor.

First, there is a focus through test cases on the overarching issues – whether the mesh products caused harm and what liability the companies might have, or as Orent put it, “what the company knew and did and should have done.”

Both sides offered four cases that they felt are representative of their view of the case. They are now down to two. Carrie Barron, who had her hernia implant in Pittsburgh, Pa., is the plaintiffs’ first choice and the defendants picked Juanita Hickinbottom, who had her implant in August 2013 in Oxford, Miss., for their representative case. The trial could last as long as a month, Orent said. The court makes the final pick.

After the court renders a verdict, both parties will be given another chance to negotiate formula to compensate the thousands of other cases to avoid another round of litigation.