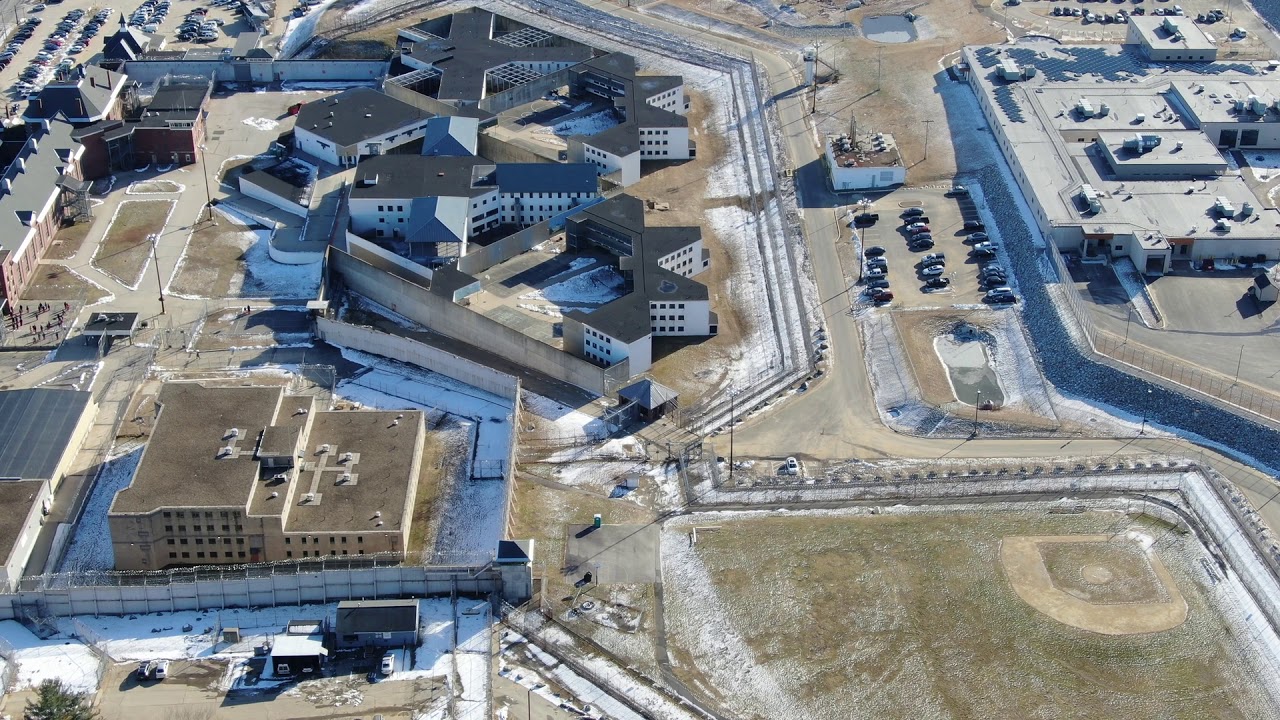 Nearly 30 years ago, the NH Legislature adopted what remains one of the strictest parole policies in the country.

The 1983 law, a so-called “truth in sentencing” policy, prevents incarcerated people from becoming eligible for parole until they serve all of their minimum sentence. This is in contrast to many other states that allow people to qualify for parole after a certain percentage of their sentences have been served, especially when they have shown good behavior and made attempts to better themselves through education and prison rehabilitation programs.

As the cost of the state prison system rises, efforts to refocus the department away from warehousing incarcerated individuals toward reintegrating them back into society have grown in recent years.

Advocates and a growing number of state lawmakers argue the decades-old policy had a particularly heavy hand in the explosive growth of New Hampshire’s prison population and corresponding spending by the Department of Corrections.

The numbers tell the story: From 1970 to 1980, the population grew from 243 to 287 prisoners, an increase of 18 percent. The next decade, the number of people doing time shot up to 1,250, an unprecedented 335 percent increase. By the year 2000, the number of prisoners nearly doubled again. 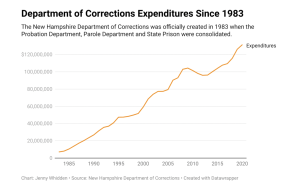 In a recently failed effort to roll back the decades-old policy, state Rep. Linda Harriott-Gathright, D-Nashua, penned a bill that would have reduced the required minimum sentence to 50 percent of time served to be eligible for parole.

For example, under current law someone sentenced to 7½

years before becoming eligible for parole. Under her bill, the same person could be released in less than four years under the right conditions.

Harriott-Gathright said it’s important to remember that prisoners wouldn’t be automatically released halfway through their sentence — they would have the chance to go before the parole board.

“I absolutely feel as though it’s fair. We have to have some type of faith in the parole board,” she said.

The existing policy is also expensive, Harriott-Gathright said, pointing to the rising annual cost of keeping people in prison.

While the average cost to keep someone in prison annually is $54,386, it costs about $603 per year to supervise someone on probation or parole, according to the Department of Corrections.

After the House Criminal Justice and Public Safety Committee recommended the bill was “inexpedient to legislate” on a 10-9 vote, the full House voted to kill the legislation in January.

Rep. Daryl Abbas, a Salem Republican and chair of the House Committee on Criminal Justice and Public Safety, co-sponsored the bill but ultimately voted against it.

While Abbas supports the concept of allowing people parole eligibility at 50 percent of their sentence, he doesn’t think the change would be fair to victims if it was retroactively applied to those who are currently in prison.

If a victim or a victim’s family understood a certain sentence would be imposed, Abbas doesn’t think it would be right for the legislature to change that years later. This concern was shared by the Attorney General’s Office, which ultimately stood in opposition to the legislation.

Instead, Abbas said the law should go into effect only for those who enter the prison system after the law is passed.

“That’s a pretty reasonable conversation to have. Even if you include violent offenses, at the very least when a person is sentenced it’s something that’s agreed to by the state and defendant. The court has to sign off on it,” Abbas said. “In that scenario, there’s no injustice there on either side.”

Abbas further addressed concerns that, if implemented, the law would overwhelm the state’s parole board. He said if that were the case, the Legislature would respond by allotting the board the necessary resources.

“You don’t hold people in prison because you don’t have the resources to let them out,” he said.

Roger Phillips, chair of the parole – he was appointed in April – said if the legislation was ever implemented, a cost would likely be involved as it would be difficult for the five-member board to address the drastic increase in hearings. 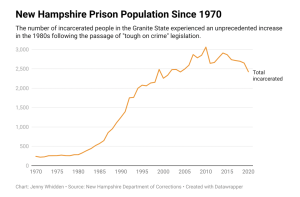 While Phillips said policy changes are ultimately up to the Legislature, his one concern is whether incarcerated people would have enough time to participate in prison programs designed to aid in successful reintegration into society, especially for those with substance use disorders.

“My hope is that people can be rehabilitated, because it’s not only punishment that’s going on. I hope that rehabilitation occurs so they have an opportunity to learn from their mistakes and understand how it affects other people, and then how to reenter society and be good citizens,” he said. “If they’re only serving a short sentence, is there enough time for them to complete the drug rehabilitation program? Sometimes those programs take six months, and there’s often a waiting list. It’s really important that those who are addicted have the opportunity.”

Harriott-Gathright said she is still hearing from constituents who support the bill, and she is far from giving up. If successful in the November elections, she said reintroducing the legislation will be a priority.

Abbas added that the policy is almost certainly going to make a return run with “better conversation next year.”

“We couldn’t come to an agreement, but Linda did a good job getting all the interested parties together,” Abbas said. “That was the one thing I kept telling her: This will be back.”

Continued opposition upon the legislation’s return is expected. Donna Sytek, the former legislator and parole board chair who penned and championed the original “truth in sentencing” policy, testified against HB 598.

Sytek, who also previously served as chair of the House Criminal Justice and Public Safety Committee and later the House speaker, said that a chance at parole at 50 percent of the minimum sentence is too broad.

Rather, she argued a better avenue for those who think sentencing is too harsh is to change the individual penalties in the statute, or for those who are incarcerated to apply for a resentencing hearing.

Department of Corrections Commissioner Helen Hanks declined to comment on whether she supports the legislation, but said in a statement that the total prison population is declining.

Hanks added that the department is committed to having “resources and tools that support reducing recidivism and focusing on rehabilitation and treatment.”

“A significant part of the spending increases relates to overtime so that the department meets minimum-standard staffing levels at the state’s three correctional facilities,” Hanks said. “Prison facilities are incredibly challenging environments, and the department is making every effort to hire the right people to fill those vacancies.”

Looking back on her stalled legislation, Harriott-Gathright said she feels the state is beginning to shift back to a “hard on crime” outlook, especially with ongoing efforts to reverse bail reform.

“I really believe that in the old world, the attitude was, “lock them up and throw away the key. We don’t want them back in society,’” she said. “I just feel as though they’re really trying to roll everything back. It’s been a challenge these last two years with criminal justice in general.”

Sisti, the criminal defense attorney, added that the mentality he first saw grow in the 1980s is still present in New Hampshire today.

This article is being shared by the Granite State News Collaborative as part of its race and equity initiative. It was edited by the Concord Monitor, a partner in the collaborative. For more information, visit collaborativenh.org.