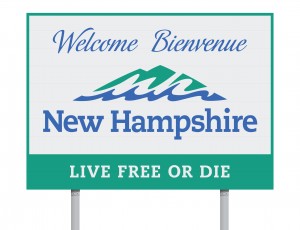 As the key Fourth of July weekend approaches, business owners and executives in the tourism industry are worried about balancing the supply of personal protective equipment, finding enough employees to work throughout the summer and maintaining a profit with their businesses.

When it comes to the tourism industry in New Hampshire, one of the challenges caused by the pandemic will be securing seasonal workers who rely on J-1 work and travel visas to work in the state, the senator was told.

Charlie St. Clair, executive director of Laconia Motorcycle Week Association, said that not having J-1 workers will be a “hardship,” as many businesses in the area have relied on international workers for the past 20 years to meet the seasonal job needs of the summer months.

“The Lakes Region is heavy with J-1 [workers] and H-2B [workers],” said Amy Landers, executive director of the Lakes Region Tourism association. H-2B visas allow foreign workers to come to the United States to work seasonally. She added that she thinks it also will be hard to attract employees because they are afraid of being exposed to the virus.

With the pandemic still top of mind for the industry and potential visitors, tourism leaders have not been able to predict the amount of visitors that the state will bring in.

“Reservations have been really last minute,” said Charyl Reardon, president of the White Mountains Attractions Association. “You could go to bed Friday night and think that we are only having 10 on the [Flume] Gorge, and the next day have 150 to 200 people.”

Reardon said that reservations are needed in order to attend any of the 17 White Mountain attractions and that visitors have mostly flocked to the area Thursdays through Mondays, with out-of-state residents making the trip up on the weekends.

All of the attractions have been equipped with proper safety measures and reminders, but Reardon worries about running out of personal protective equipment. The attractions have had three months to gather products in preparation for the summer, but as of recently, she said that it has gotten harder to find Lysol and hand sanitizer among other disinfectants.

Christopher Bellis, owner of the Cranmore Inn in North Conway, said that it took him over a month and a half to receive the PPEs that he ordered, and like Reardon, he worries that there may be another shortage soon.

In addition, he said how people choose to protect themselves and others has been mixed.

“There have been larger sections of people that are choosing not to wear masks,” Bellis said. “If a business establishes protocol, people are generally respectful of that. Other businesses have not been so stringent and it has caused some confusion in the hearts of the travelers.”

Some businesses in North Conway have been reluctant to open, according to Bellis, mainly due either to having a family member at home that could be at risk, or simply just waiting to see if they will be able to make a profit out of the slim amount of tourists that they have seen.

Bellis said that so far a third to a half of visitors in North Conway have been from New Hampshire.

Moving forward, Landers suggested delaying the opening of schools in New Hampshire until after Labor Day, so the tourism industry could get one more week of business before the winter months.

“Businesses are worried about the winter after all this lost time — they need to pay mortgages and taxes,” Landers said. “We are fearful about after Labor Day.”