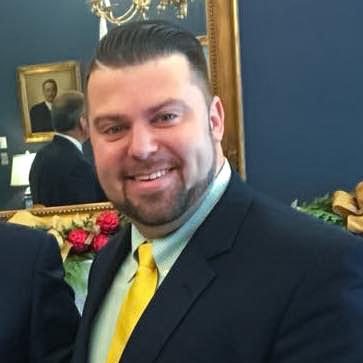 New Hampshire is going to hold up on allowing hotels and other lodging facilities to reopen up until it can see how it’s being done in Vermont and Maine, Governor’s Economic Reopening Task Force learned Tuesday.

Meanwhile, the task force voted remotely to recommend guidance for reopening summer camps and day camps, museums and art galleries, acupuncture facilities, amateur sports as well as expanded food service guidelines to include weddings. But all of them must be first be approved by public health officials and the governor before going into effect.

On May 12, the task force recommended lodging facilities be opened by this Friday, right before Memorial Day. It also said six other industries, including gyms, attractions and child care facilities could reopen, but without specific dates. On May 14, it added guidance for beaches, but removed a June 1 startup date.

On Monday, Gov. Chris Sununu issued official guidance for child care centers and small attractions, such as biking and canoe rentals, outdoor shooting ranges, paintball and outdoor guide services – but not larger attraction like amusement parks, tourist trains and cruises. (The reopened attractions also include mini-golf and driving ranges, which were not covered under the golf guidelines.)

Healthcare officials also changed childcare center guidance to require employees to wear masks, rather than make it optional. Masks, however, are not recommended for kids.

Governor Sununu also he would put off opening up beaches, wanting to see how the Memorial Day opening in Massachusetts goes.

D.J. Bettencourt, the governor’s point man on the reopening task force, said that while the governor “understands the plight of the industry,” he is concerned about attracting out-of-state visitors. Currently, Massachusetts, like New Hampshire, only allows hotels to rent out rooms to essential personnel. Bettencourt asked task force member Mike Somers, head of the New Hampshire Lodging and Restaurant Association, and John Nyland, president of the Hampton Area Chamber of Commerce, to draw up a memo reporting how Vermont and Maine are dealing with lodging.

Vermont is allowing hotels, inns, short-term rentals, campgrounds and marinas to open on Friday, the task force’s target date for New Hampshire, but only at a 25% occupancy, and visitors must sign a form saying that they’ve met the state’s 14-day in-state quarantine requirement.

Maine’s lodging facilities are set to reopen June 1. The state also calls for a 14-day quarantine, but has no occupancy restrictions. Both states spell out the usual requirements on sanitation and social distancing.

New Hampshire has no quarantine requirements. The task force recommended that hotels with indoor room access be limited to 50% occupancy, but there would be no limits on those without outdoor access, or facilities with less than 10 rooms. The guidance would also cover short-term room rentals like Airbnb.

The delay in task force recommendation is “frustrating” to Rep. Ed Butler, a task force member and owner of a small inn in Hart’s Location. Butler said that many short-term rental owners are flouting state restrictions and renting to those out of state, while operations like his still followed the rules.

Bettencourt said it was “a frustration we all share” and invited Butler to join Somers and Nyland in drafting the hotel memo.

Somers, meanwhile, expressed frustration in written form to the stakeholders advisory board of the Governor’s Office for Emergency Relief and Recovery, or GOFERR, which was remotely meeting at the same time as the reopening task force.

GOFERR, which decides how to distribute $1.25 billion of the state’s federal coronavirus funding, on Friday allocated $400 million for a Main Street Relief Fund to help small businesses. But Somers said that hospitality industry alone, especially hotels, needs another $700 million.

Restaurants were allowed to open to outdoor dining on Monday.

“Restaurants will likely come back more quickly than lodging with the possibility that business could return to a somewhat normal level in the fourth quarter – lodging will likely be further out,” he wrote. “Business travel will likely be restricted for the near future and leisure travelers may not come back in normal numbers until next spring or summer.”

Then, he added, “I can’t tell you how many people have called me in tears or almost in tears because they don’t see a way to keep their business alive to get to the other side.”