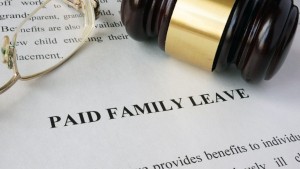 The NH Senate Commerce Committee voted Tuesday to give the Granite State Family Leave Program a chance to work, meaning it’s likely that the bill to repeal it is likely to fail next week.

The voluntary program, which would allow private employers and employees to piggyback on a taxpayer-funded benefit granted to 11,000 state workers, was tucked into last year’s budget, and is now out to bid with a May 9 deadline to respond. It would pay 60 percent of wages for six weeks to participants who leave work to care for their loved ones or themselves, subsidized by business tax breaks for companies and insurance tax proceeds for individuals.

House Republicans voted overwhelmingly to repeal the program by passing House Bill 1065, even though the program was proposed by Gov. Chris Sununu as an alternative to a Democratic paid leave plan paid for by a payroll deduction, which Sununu vetoed and called an income tax. It was primarily House Democrats that voted to save the Governor’s plan.

But in the Senate, the program has more Republican support.

“A lot of work has been put into standing up this program, and I see no reason why we should just repeal it,” said Sen. Jeb Bradley, R-Wolfeboro, who moved to send the repeal bill to interim study.

Only Sen. Bill Gannon, R-Sandown, opposed it, without comment, though at last week’s public hearing he said he was “kind of mad at myself for passing this last year” because the cost of the program won’t be known until the bids come in.

As for HB 1089, an anti- vaccination bill, senators voted to recommend sending to interim study.

HB 1089 would have originally invalidated noncompete agreements if workers leave their job because of a vaccine mandate, but it had been amended to make it more universal by adding an undefined phrase, “material change in employment,” as a reason to make such agreements null and void

“The House-passed version was a disaster, a complete disaster,” David Juvet, senior vice president of the Business & Industry Association, told the committee shortly before the vote.

“This bill needs work, and we don’t have time,” said French, who supported a move to study it. It will be placed on the consent calendar, which means it will be passed next week unless a senator pulls it off the calendar to vote on separately.