Measure is aimed at maintaining limits on evictions and foreclosures 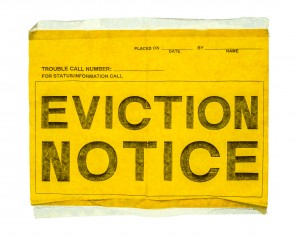 New Hampshire landlords and mortgage holders came out against a bill that aims at keeping tenants and homeowners in their homes after the governor’s emergency order preventing evictions and foreclosures is lifted.

That stay, which was imposed on March 17, ends when the governor’s emergency order expires, and the concern is that a “rush of evictions and foreclosures” could follow and “destabilize the housing market,” testified Sen. Dan Feltes, D-Concord on Tuesday before the Senate Judiciary Committee

It was Feltes, the Senate majority leader, who proposed the amendment to House Bill 1247, a more modest bill that would give tenants more notice of high rent increases. The state of emergency is in place until Monday, June 15, though Gov. Chris Sununu indicated at a Tuesday press conference that he plans to extend it, though easing some restrictions.

Lawmakers could either extend the eviction/foreclosure moratorium, as some states have done, or “do nothing.” Feltes – who is running for the Democratic gubernatorial nomination to oppose Sununu – argued this is a “reasonable balance.”

The amendment would prohibit landlords in buildings with five or more units from evicting tenants for rent arrears during the state of emergency unless a written six-month payment plan that does not include late fees is presented. Landlord also couldn‘t increase rent during that period beyond a pro rata share of any property tax and utility increases.

It would also require that a mortgage holder notify homeowners who are late in their mortgage payments that they have a right to request forbearance before foreclosing. That forbearance agreement must, at the borrower’s request, allow for repayment at the back end of the mortgage, and the amount would not be able to exceed the monthly principal and interest payments that were in effect before the state of emergency.

The amendment’s protections also cover rooming house boarders and dispenses with the requirement that tenants need an eviction notice to receive rental assistance.

“There is an incredible imbalance already putting the burden of the pandemic on the landlord and this amendment goes further in this direction,” testified Nick Norman legislative affairs director of the Apartment Association of New Hampshire, which represents landlords. “A great number of tenants receiving extra [government] payments are not paying their rent and using this as a free ride.”

Bankers and other mortgage holders weren’t happy with the amendment either.

“We are already offering forbearances,” said Kristy Merrill, president of New Hampshire Bankers Association. In a survey of membership, the 20 banks that responded all do so, she said, though the need has been great. About 2% of their borrowers asked for them in a separate survey, compared to 8.3% nationwide, she said.

“Our concern is that this could impact what they are offering,” said Merrill.

The bill also says that that lenders and borrowers can keep their existing agreements.

“We are united in spirit” with the bill, said Ryan Pope, vice president and office manager for Cambridge Trust Company in Stratham, but it might be difficult to extend the term and keep the payments low at the same time. The result, he said, might mean that the borrower would end up paying more in principal. There is also a concern about what to do with adjustable mortgages.

But housing advocates backed the proposal, noting the moratorium could be lifted just when some key government programs are running out. The extra $600 in federal unemployment benefits are due to expire in July, and Sununu indicated that he might end them sooner. Nearly all of the $1,200 federal stimulus checks sent to individuals have already been received, and many businesses are about to use up the money they got from the Payroll Protection Program to keep people on the payroll.

“This is a perfect storm for an eviction crisis”: said Elissa Margolin, director of Housing Action NH. “We already have a cost burden because of lack of supply.”

But putting off paying back rent not only hurts the landlord it “destroys the velocity of money in the economic system,” testified Matt Menning, director of operations for Elm Grove Companies, a property management firm in Manchester. If a tenant doesn’t pay a landlord and a landlord doesn’t pay a bank, it “crushes everyone’s budget,” he said.

A better economic policy, he said, would be: “Instead of deferring bills, help people pay their bills.”

Norman echoed that sentiment, “We do need to see rental assistance that can be paid directly to the landlord – a process similar to fuel assistance.”

They may get their wish. On Thursday afternoon, the Senate Election Law and Municipal Affairs Committee will hold a amendment hearing on HB 1129. Although the bill contains all sorts of coronavirus-related measures, such as how to run town meetings in an era of social distancing, it also includes using $60 million of the state’s $1.25 billion of federal CARES Act funds for housing. Some $10 million for homeless assistance and $50 million, via the New Hampshire Housing Finance Authority, for a housing recovery fund, that help assist people pay rent and mortgages.

Even if the bill passes, any such program might end up in court because Sununu maintains that he has the right to spend that money and has already started doing so.

Some $810.3 million of that $1.25 billion has already been allocated (though $121 million has been spent) leaving less than $440 million left. Thus far, none of that has been for housing, though housing advocates have made their case before the Governor’s Office for Emergency Relief and Recovery, the governor’s handpicked advisory board on how to spend the money.