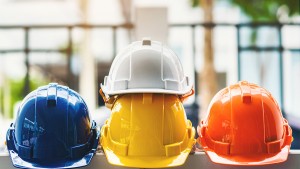 Following an alleged bribery attempt, the state Department of Labor has fined a Massachusetts construction firm more than $77,000 for work at two job sites, including Tuscan Village in Salem.

RPCL Construction repeatedly did not provide the department with documentation on who was working at the sites, what their employment status was and how much they were being paid, according to the inspection report.

According to the inspection report, Rogelio Perez, vice president of the company, offered to pay an inspector $28,000 to “make this situation go away.”

“I don’t think that happened,” Perez told the NH Business Review when asked about the bribery allegation. “They keep chasing me, coming after me. I don’t know why.”

While Perez indicated that he was no longer part of the company – “but I used to be,” he said – documents filed at the New Hampshire Secretary of State’s office listed him as president of RPCL Construction in July, the time of the alleged bribery. Perez referred all other questions to his attorney but did not identify who was representing him. Rudy Ogden, deputy commissioner of the state Department of Labor, said the agency had not been contacted by Perez’s lawyer.

“We want to set up a formal hearing, but we have some difficulty in contacting this particular gentleman,” Ogden told NH Business Review.

Companies that have been paying workers under the table have been proliferating in the construction industry around New Hampshire, according to Joseph Donahue, New Hampshire business representative of Interior Systems Union 352, which represents carpenters. Donahue has made it kind of a mission to ferret out companies that misclassify independent contractors as laborers, thereby avoiding paying for unemployment and worker’s compensation insurance.

“It’s the worst I’ve seen it in 20 years,” said Donahue. “They are getting pretty flagrant to actually try to bribe an inspector.”

Ogden would not comment further on specific bribery allegations in the inspector’s report, but said that, in general, bribery is a criminal matter that is referred to local law enforcement. He also said it was extremely rare. He only knew of one other such attempt in the past seven years, and it was more oblique.

RPCL had been visited multiple times by DOL inspectors. The Tuscan Village site was visited in February and the inspection involved 28 employees. On July 13, the company was cited for violations concerning written notifications about the rate of pay, minimum wage recordkeeping and missing documentation to prove status, proposing a $29,900 fine.

Officials also cited the company for records violations concerning 14 workers at The Residence at Macgregor construction site in Londonderry.

At first, said the inspection report, Perez (who the inspector said was also known as Roger Lorenzo) said he could not produce the records because his mother-in-law was involved in a medical emergency. In June, Perez claimed that his wife, Dayra Cabrera, who is listed on the inspection report as the company’s president, was stuck in Panama due to Covid-19 restrictions, and the documents were in a locked office that he didn’t have access to – a contention that some employees contradicted, according to the report.

On July 12, the inspector reported that Perez was upset that he was being inspected so much, and asked the inspector “why are you chasing me? That’s when he “wanted to know how to fix this” and offered $28,000, according to the report.

The conclusion was that Perez had tried to bribe the inspector in exchange for information on who was reporting RPCL to the Department of Labor. The report also said that Perez wanted the inspector to fabricate a false review of the documents and to falsely report that he was in compliance.

In August, the Department of Labor proposed a penalty of $47,500.

Ogden said that DOL conducted repeated inspections and levied relatively high fines because there was no evidence that RPCL was following the law. The company had paid an earlier fine, he said, “but he did nothing to fix anything. Typically, we lower the fine when an employer takes some steps to correct the matter. It is not a matter of harassment. We just want to see compliance. In this case, we don’t see any intent to comply.”