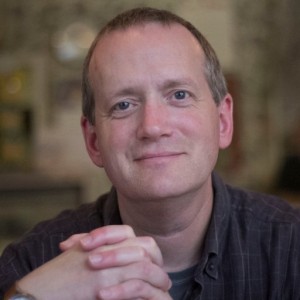 ‘We are very much in a position of waiting for the other shoe to drop,’ says Ben Frost of the New Hampshire Housing Finance Authority.

New Hampshire affordable housing advocates are bracing for a “perfect storm” this summer, as tens of thousands of residents are set to see their federal unemployment benefits come to an end.

In March, Congress appropriated money to significantly boost state unemployment systems, providing a minimum $600 a week for those who filed claims during the pandemic.

But absent an extension from Congress, that unemployment benefit – which came on top of state benefits – is scheduled to be cut off on July 25.

Now, providers of affordable housing predict the cutoff could kneecap people who are out of work and create ripple consequences into the economy and rental market.

“We are very much in a position of waiting for the other shoe to drop,” said Ben Frost, managing director of policy and public affairs at the New Hampshire Housing Finance Authority, speaking at a virtual roundtable on housing affordability hosted by U.S. Sen. Maggie Hassan.

A loss of key protections against evictions and foreclosures, coupled with the cutoff of unemployment enhancement, could slam Granite Staters as soon as August, he said. “We see this as a strong possibility,” he added.

The statewide impact would be swift, other housing experts said.

Elissa Margolin, director of Housing Action NH, said the end of benefits would affect tenants who had relied on the $600 unemployment boost to keep current on their rent or those who fell behind and were using the money to carve out a payment plan with their landlord.

Once the benefit ends, the rent will still be due, and the back rent will too.

“They were already probably paying too much of their monthly income towards housing costs,” Margolin said. “And now they’ve lost their protections.”

“It’s quite likely that a lot of tenants in rental housing had some Covid-related job loss,” said Margolin. “We’re bracing for what we would call the perfect storm for an evictions crisis.”

Before the pandemic, unemployed Granite Staters could get a minimum of $32 a week and a maximum of $427, depending on their prior salary. With the federal expansion and a state expansion authorized by Gov. Chris Sununu, the minimum is now $768 a week – no matter the income.

Currently, even as the economic free fall prompted by the spread of the coronavirus and the closure of businesses continues, many advocates say the stimulus funds and increased unemployment benefits have made a difference.

“When that goes away, that’s essentially a 60% reduction in their income,” said Robert Tourigny, executive director of NeighborWorks Southern New Hampshire. “In theory, if they’re getting the maximum amount of unemployment, they could afford $1,200 a month right now without being severely rent-burdened.

The benefits have helped in other areas, too.

“At first, parents were very concerned about food,” said Carmen Lorentz, executive director of Lakes Region Community Developers. But, she said, grassroots efforts to expand food banks had alleviated that. Now there are broader concerns: the scarcity of child care, for instance.

“We definitely have tenants who would like to be working, but their child care is not available now, and so they haven’t been able to return,” she said.

Meanwhile, another change is coming that would affect the rent market: evictions and foreclosures.

Since March, many New Hampshire tenants have been protected by a state-wide moratorium on evictions due to non-payment of rent, after an emergency order signed by Sununu.

But that moratorium is set to expire Wednesday, July 1, and when it does, some worry there could be a flood of evictions and foreclosures down the line.

Democrats in the Legislature say they’re working to provide continued protections for when the moratorium expires.

House Bill 1247, which passed the Senate last week, would protect tenants who fall behind on rent by requiring landlords to allow them to pay back late rent over a six-month period before the landlord could take possessory action.

In the U.S. Senate, Hassan pointed to work she had done before the pandemic to establish a mandatory mediation process between landlords and tenants in eviction situations. That process could head off some evictions, she said.

“Sometimes the gap between what a tenant can pay and what their rent is – that causes a landlord to finally move on eviction – is relatively small,” she said. “But there isn’t a lot of room in the law for there to be a solution that isn’t either ‘stay in your apartment and don’t pay your rent,’ or full eviction.”

For now, though, the focus in Washington has been a debate over further emergency aid as the virus continues to rage. Hassan blamed Republican opposition for the delay in further relief, calling it “baffling.”

“We are pushing, a group of us, for another Covid relief package as hard as we can,” she said. “There does not seem to be a sense of urgency right now on the other side of the aisle in the U.S. Senate to get this done.”