Skeptical reps agree to payment after getting ‘clearance’ from leadership 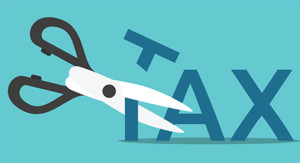 NH House and Senate conferees agreed Wednesday to cut the rate of the business profits tax and accept a Senate amendment to send some $28 million to municipalities as a one-time payment to one-time payment to cities and towns to help offset the amount the pay toward state retirement system costs in hopes that it would reduce property taxes as well.

House Bill 1221 further cuts the BPT rate from 7.6 to 7.5 percent. Once endorsed by the full House next week, the bill would then go on to Gov. Chris Sununu, who is expected to sign it. The BPT tax would go into effect next year.

The House agreed to go along with the retirement system payment, even though “most Republicans don’t like that idea,” said Rep. Patrick Abrami, R- Stratham, chair of the conference committee.

“The idea is to help people who are struggling,” said Sen. Jeb Bradley, R-Wolfeboro.

“How do we know that cities and towns are going to put it to tax reduction? Is it a matter of faith or what?” asked Abrami.

“We don’t know,” admitted Bradley. But with local control, that’s a matter to be decided by a selectboard or city council, he said.

The bill was silent on the amount of money, but when Abrami found out it was “$28 millionish,” he went to the Republican leadership, and “I have clearance. The $28 million is in the grand plan for all the surplus money.”

There was a bit of consternation over the total, as it was just $1 million more than a business enterprise tax cut would cost. The original bill contained such a cut, from 0.55 percent to 0.5 percent.

Most of the conferees were especially glad that the money to municipalities was a one-shot deal. An earlier proposal, backed by Democrats, would have made it permanent. Any relief in future years would depend up the government surplus, assured the senators.

“We live in an extremely volatile world,” said Sen. Bob Giuda, R-Warren. “One year is good.”

“There is a lot of fake money in our state with all the federal aid. This is a really smart move to make it one time,” agreed Rep. Timothy Lang, R-Sanbornton.

Sen. Lou D’Allesandro, D-Manchester, the only Democrat on the committee, was silent. Later on, the Senate president replaced him with a Republican Senator. This usually happens when a conferee refuses to sign off on a compromise that the leadership wants. All the conferees have to agree before a compromise bill is put before the full House and/or Senate.

“The GOP thinks big businesses should receive tax relief whether the state budget can afford it or not,” said the statement. “Democrats do not believe Granite Staters should have to line up, hats in hand, behind big businesses and hope the government has enough money in the budget to provide tax relief.“