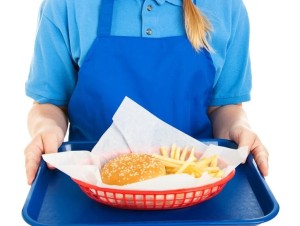 Kids who are not old enough to vote will be old enough to work all night, even on a school night, a measure before the House Labor Committee Wednesday becomes law. Senate Bill 345 as passed by the Senate would increase the hours a 16- and 17-year-olds can work during a school week to 35 hours, five more than they currently can. The Senate version would eliminate any limits to their hours during non-school weeks. It also would do away with the requirement that they can’t work more than six days in a row and would lower the age at which kids can bus tables from 15 to 14 years old.

The Senate version did put some limits on night work. Currently, if a youth works more than two nights a week past 8 p.m. or before 6 a.m., they can’t work an eight-hour shift during that week.  Theoretically it could mean a student could work from 11 p.m. to 6 a.m., one day as long as they work half-shifts the rest of the week. The Senate replaced that by simply restricting the hours they can work at night to 10 p.m. on weekdays and midnight on weekends

But Rep. Brian Seaworth, R-Pembroke, proposed to simplify that even further: do away with any restrictions on night work whatsoever.

But Republicans backed the measure.  “We have a 24-hour economy. Kids are appointed to all aspects of it,” said Rep. William Infantine, R-Manchester. “On a July 4 weekend in the Lakes Region we need more and more employees.”

“I have a lot of faith in parents and employers,” added Rep. Leonard Turcotte, R-Barrington.

After passing Seaworth’s amendment on a party-line vote, the committee beat back an amendment by Rep. Janice Schmidt, D-Nashua, that would “make it very clear.  If you have school the following day you can’t work past 9 p.m., weekends at 12.”

Committee members raised other questions: What about working at home? What about home schoolers?   The amendment failed, also on a party-line vote.

Rep. Joshua Adjutant, D-Enfield, said the bill was just a way “to get children to work as a means of trying to plug the labor shortage with people willing to work for wages that nobody can live on. They can’t vote, they can’t enlist, they can’t get a credit card, and in the eyes of God and the state of New Hampshire they are children.   And they have homework they will not be able to accomplish if they are working beyond 10 p.m., so people don’t have to wait in line at Shaw’s as long.” The bill would be saying, said Adjutant, “We have a labor shortage, so just let the kids do it.”

“I don’t give a rat’s ass about the labor shortage,” shot back Infantine. The committee was only trying to make the law less confusing “without us being a government parent.”