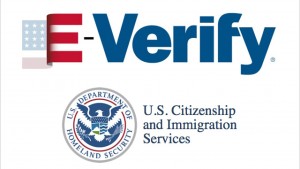 A New Hampshire House bill to mandate employers’ use of the federal E-verify system could affect thousands of undocumented workers in New Hampshire.

House Bill 1124 would mandate that businesses use E-Verify – a system that proves a person’s eligibility to work legally in the United States. It’s an optional program in most states, with 22 requiring it for some or all employers.

Rep. Tim Baxter, R-Seabrook, one of the bill’s sponsors, says all businesses in New Hampshire should use the system, from food services to private contractors. He says it is an easy, fast and inexpensive way to hire competent personnel, discouraging illegal immigration.

“This law is about how we can stop illegal immigration in New Hampshire. We want to make it harder for illegal immigrants to be hired here,” he said. Baxter is also running for U.S. Congress in the 1st Congressional District.

Currently, when employers want to hire someone in New Hampshire, they keep the personal information they gather privately in the employer’s files. That information is not necessarily reported to a federal database.

In contrast, with E-Verify, the person’s information is disclosed to the federal government to be scrutinized in real time when the application is submitted. If an applicant is found to be undocumented, they would immediately be disqualified from the job.

Manchester-based immigration lawyer Ron Abramson says the system is known for including mistakes and omissions. He also says this proposal could violate workers’ fundamental right to not be discriminated against because of their country of origin.

“It would be interesting to see if the business community supports this extra burden,” he said.

Bruno D’Britto, a Nashua immigration lawyer and founder of the Brazilian Council, says his organization works with at least 10,000 undocumented immigrants living in New Hampshire who might no longer be able to support their families if the bill passes.

“This is another way to harass immigrants, even documented,” he said.

The bill states employment of undocumented workers would be prohibited. Still, individuals with DACA (Deferred Action for Childhood Arrivals_ status, international students and Temporary Protected Status holders could be affected by errors in the system. People with that status have to periodically renew their work authorization, and in the case of delays or mistakes, business owners could be obligated to fire those workers.

Abramson pointed to “false negatives or people told they cannot work for some database error or identity confusion. It’s a highly imperfect system.”

Baxter says the proposal came from constituents worried about jobs. He says he has bipartisan support, but he did not specify who in the Democratic Party is backing it.

D’Britto says the bill makes little sense amid an employment shortage and calls on the immigrant community to reject what he thinks is a discriminatory proposal.

On the NH Legislature's agenda this week