Total losses could reach nearly $600 million by end of year, they say 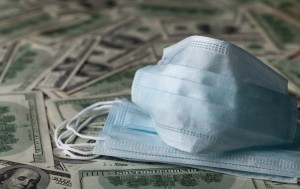 New Hampshire hospitals received nearly a third of a billion dollars in federal funds to help alleviate the impacts of the pandemic. But if they don’t get a lot more – about $200 million – they could run out of cash.

That, in short, is the presentation they plan on giving Tuesday before the legislative advisory board of GOFFER, the Governor’s Office for Emergency Relief and Recovery –which still hasn’t recommended how to allocate the remaining $289 million the state has of the original $1.25 billion in flexible federal CARES Act money it received in March and has to spend by the end of the year.

The report paints a dire financial picture for the 24 of the state’s 26 hospitals that participated in a New Hampshire Hospital Association financial survey.

Hospitals already run on thin margins as it is, but thanks to Covid-19, they have been hemorrhaging cash.

Most hospitals are now offering most procedures, but patients continue to put them off. Since March 20, an average of 65% of beds are occupied. As a result, hospitals statewide expect to lose $516.8 million in revenue by Sept. 30. And by Dec. 31, they expect the losses to grow to $597.1 million.

“These reductions cannot be absorbed by an industry with such small margins, and these losses are simply unsustainable,” the report says.

The hospitals have been getting money directly from Washington, as well as indirectly via the state though GOFERR’s $117 million Health care system relieve fund. (The fund, which also helps out nursing homes and other healthcare providers, has spent all but $10 million of that allocation, according to the agency’s transparency website. Hospitals received a total of about $52 million, according to the report.)

Altogether, hospitals received $329.2 million in federal funds as of Sept. 25, according to the association. That still leaves a gap of $187.6 million. With CARES Act talks still stalled in Washington, the association made its pitch in Concord.

“Without an infusion of financial resources, hospitals — both large and small — face the risk of running out of operating cash in the next several months,” says the report. “The financial consequences for hospitals, our patients, communities and New Hampshire’s health care system are potentially devastating.”