As part of a new initiative, utility plans expansion efforts in Colebrook, Lempster 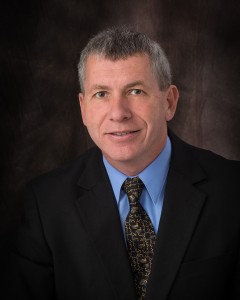 ‘These applications are a start’ in the NH Electric Co-op’s effort expand broadband access in its service territory, says Tom Mongeon, boar chair.

On the heels of an annual meeting during which members voiced widespread support for taking such an action, the New Hampshire Electric Cooperative has announced it has applied to the state for funding to expand high-speed internet access to its members in Colebrook and Lempster.

The co-op is seeking funding for the two projects from the Connecting NH broadband expansion program, a $50 million state initiative funded through the federal CARES Act. Connecting NH’s aim is to expand high-speed internet access to areas of New Hampshire that do not have broadband internet service.

The separate applications seek funding to support construction of two fiber-optic networks, one in Colebrook, and the other in Lempster. The projects would provide fiber to the premises, with internet service options of 1 gigabit per second (symmetrical upload and download speeds to NHEC members who are currently without broadband internet in the two towns.

In June, proponents narrowly missed garnering the two-thirds vote needed to amend the state’s structure so it would expand broadband access in its market area. Shortly after that, the co-op’s board created a separate entity tasked with pursuing “funding opportunities and further the goal of providing high speed internet access to its members.”

The two Connecting NH applications are a result of that move, but they’re only the beginning, said Tom Mongeon, chair of the board of directors. Broadband expansion, he said, “may take several years, but these applications are a start.” In fact, he said, the co-op is pursuing other funding opportunities and strategic partnerships to reach its goal of ensuring members have access to high-speed internet.

The Connecting NH grants are expected to be awarded later this month, and projects must be completed by December.