In-state, outside organizations team up on marketing, promoting them 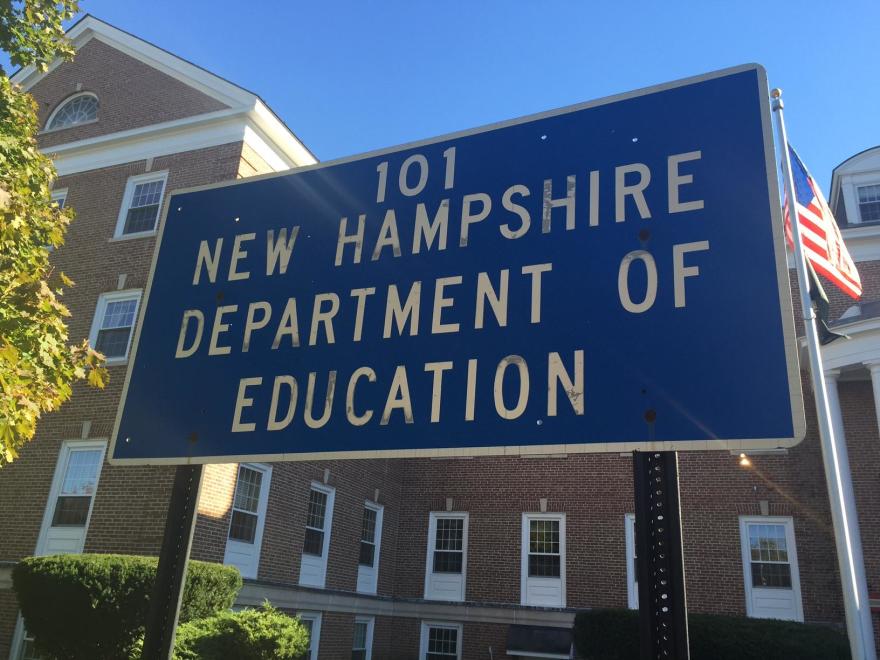 As New Hampshire has become a beacon of conservative education policy in recent years, a number of right-leaning activist organizations, policy institutes and special interest groups have taken a new interest in the state’s K-12 education system.

The two programs at the center of these efforts are Education Freedom Accounts and Learn Everywhere, both championed by New Hampshire Education Commissioner Frank Edelblut.

Education Freedom Accounts give taxpayer dollars from the Education Trust Fund, originally established to fund public schools, to families to pay for tuition at private schools, parochial schools, and other non-public school options. Eight states have passed a version of this program; New Hampshire’s is one of the most expansive. Supporters say it offers options to low and moderate-income families; critics say it siphons money and students away from public schools.

Learn Everywhere allows students to earn credits towards their high school diploma through extracurricular activities, ranging from robotics club to dance class. If the programs are approved by the state, local high schools have to accept those credits even if they don’t want to.

Learn Everywhere received pushback from Democrats and school leaders when it was being considered. But Edelblut says it is designed to strengthen the public school system, by allowing students to get credit for exploring opportunities outside the classroom.

While Edelblut testified and wrote op-eds in support of these two initiatives, a number of conservative groups lobbied alongside him. And now that the programs are law, those groups are helping to market them and ensure they succeed.

For example, this summer, a new group called the Education Freedom Coalition put together a website for Education Freedom Accounts. That coalition includes national school choice groups, as well as Cornerstone, a New Hampshire-based conservative Christian group; Respect NH, which advocated against tax increases and for freedom accounts; and the New Hampshire arm of Americans for Prosperity, a conservative advocacy group funded by the Koch Brothers. Americans for Prosperity is also attending open houses and community events to spread the word about the new program.

Now in its second month, the Education Freedom Account program has far surpassed the original estimate and price tag for this year. An estimated 1,500 kids will be participating, far higher than the 28 projected by the Department of Education’s fiscal analysis.

Another Koch-funded initiative, yes. every kid. is building a website for Learn Everywhere and buying advertising for it with local groups and media (including in NH Business Review and NH Public Radio). Their goal: Ensure that Learn Everywhere grows and becomes a national model that can be replicated in other states.

“We want to make sure that kids are in the environment that works for them,” says Sarah Scott, a field director with Americans for Prosperity New Hampshire. “It’s based on responding to students’ needs and seeing them as individuals, and making sure they can customize their education.”

The groups supporting the Department of Education’s efforts are not the typical players in the New Hampshire education world. But their involvement fits a trend seen across the country: education policy, historically dominated by teacher’ unions, public school leaders, and left-leaning education scholars, is getting more and more attention from conservative groups.

Rick Hess, director of education policy studies at the American Enterprise Institute, a conservative think tank, says right-leaning groups have turned their attention in the last few years to everything from issues around gender identity to expanding school choice.

“Polarization of the country has increasingly become evident in schools,” he says.

School choice has supporters from across the political spectrum, though its most vocal supporters in New Hampshire are conservative. The pandemic could be shifting that.

Remote learning and the slow pace of school reopening prompted some parents to look for non-public school options and others to lose trust in the public education system altogether. And conservative groups took notice.

Republican lawmakers and critics of public schools are crafting messages about school choice based on a host of anxieties that crystallized during the pandemic, be it about disadvantaged students falling behind, school mask mandates being unfair, or critical race theory being taught in schools (NHPR has reported that critical race theory informs some lessons and staff trainings but is not part of curriculum in New Hampshire public schools). All of these concerns, conservative groups say, can increase support for school choice.

Edelblut is an unapologetic advocate for school choice. A former Republican lawmaker who homeschooled his own children, Edelblut describes the role of the Department of Education as helping families access different educational options, whether that’s traditional public school, public charter school, homeschool, or private school.

It’s a departure from the usual approach at the state Department of Education, but Edelblut says the core mission remains the same.

“The reason why taxpayers are providing funds is so that students can be educated,” he said in a recent interview. “And that is the work of the Department: to make sure that all students have an opportunity to be educated.”

“Innovation is good, but innovation needs to work through our public schools and aligned in a budget too,” said Democratic state Rep. Mary Heath, a former deputy commissioner at the Department of Education. “He’s creating a separate system.”

Critics like Heath say the department’s priorities reflect the right’s free market approach to education. Edelblut himself does not use that language, but he brings his business background to his job, and in conversation, he’s referred to parents who are dissatisfied with their school district as “customers.”

Hess, of the American Enterprise Institute, said that private organizations with strong ideological positions should not shy away from supporting initiatives that align with their goals.

“I think organizations which fight for policies that they believe in ought to be welcome at every table, whether you agree or disagree with them,” Hess said. “I mean, my God, otherwise we’re starting to get into blacklist territory.”

Edelblut dismissed criticism that he’s building a separate system that caters to non-public school students. He said the majority of his efforts remain focused on public schools. But he says the laws that outline his responsibility as Department of Education are broad.

“I have responsibility for all school-age children in the state,” he said. “And so I can’t pick sides and choose which children I’m going to support or not support. And it would be inappropriate for me to say that children who are outside of one system should not be supported, and I should only focus my energies and attentions on supporting children in a particular segment.”

As Edelblut sees it, public schools occupy just one particular segment among many that families should be able to choose from, with government support.