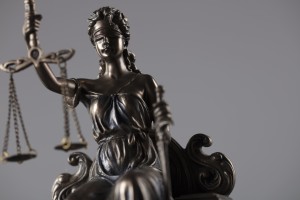 The state is falling short of its constitutional duty to ensure all poor defendants unable to hire a lawyer get an effective legal defense, according to an assessment the state Judicial Council requested of its work.

She has included $4 million in her budget request to the governor to create a backup public defender office to expand the number of attorneys for indigent defendants who cannot be represented by the New Hampshire Public Defender’s office. That number went from 244 cases the year before the pandemic to 1,400 this year, due in large part to crushing caseloads that triggered a mass exodus of public defenders.

But Blodgett sees the report’s other recommendations as untimely or unnecessary.

In the first category is a suggestion she more than quadruple her staff from three to 14, in part to expand its data collection and oversight of training and accounting.

“If there’s one key, it’s increasing Sarah’s office so that the state has the appropriate data and information to make reasonable decisions about all this,” said David Carroll, executive director of the Sixth Amendment Center, a Boston-based nonprofit that provides states advice on their indigent defense. “No one really knows exactly what’s needed because they’re not keeping the right data.”

In an interview, Blodgett disagreed. She said her office tracks the data it needs to determine budgets, including trends in how long cases remain open and how many cases are lingering because there are no attorneys to take them.

It’s also not the right time to ask lawmakers for that kind of budget increase, she said.

“I think in a perfect world, that would be a wonderful step,” Blodgett said. “But we are still in the midst of this crisis. And we still have cases with no attorney appointed. I think that until we have an attorney on every indigent defendant’s case in this state that’s got to be our funding priority.”

Blodgett said she also has no plans to pursue another set of recommendations aimed at eliminating what the Sixth Amendment Center said are conflicts of interest within the Judicial Council.

The 24-member council, made up of judges, prosecutors and defense attorneys, oversees the delivery of indigent defense services, including hiring the New Hampshire Public Defender, a nonprofit, and private attorneys to represent clients who cannot afford an attorney. That’s a problem, the report said, when council members may be attorneys the council pays to defend indigent clients, and judges and prosecutors who have considerable influence over the handling of indigent cases.

“We’re not saying it’s malicious or malintent or anything like that,” Carroll said. “When you have prosecutors and judges overseeing indigent defense in one way or another, it just presents conflicts.” He also noted that some members have served on the New Hampshire Public Defender’s board as well.

The report recommended the council become an independent state commission with clear rules governing its membership, authority, and duties.

“That’s probably the part of the report that I really disagree with the most,” Blodgett said. “And I think part of it is just not knowing how things work in New Hampshire. We’re a really small state, and people here have to wear many hats to do what needs to be done. I think that having knowledgeable stakeholders on the Judicial Council has improved our system dramatically.”

Blodgett noted that when the pandemic and staff shortages prompted the New Hampshire Public Defender to stop taking new cases, judges, prosecutors, and defense attorneys responded. Judges asked attorneys to take on indigent clients at a fraction of their hourly rate. The state Supreme Court convened a task force that led to pay increases for public defenders and a raise in the hourly rate paid to contract attorneys, from $60 to $90.

“I see how an outsider can look at this and think there are conflicts here,” Blodgett said. “But the reality in New Hampshire is that we’re all part of the criminal justice system, and without the support of those allies we would not have gotten to where we are right now. Those partnerships are critical.”

The Judicial Council hired the Sixth Amendment Center in January 2020 to assess narrow aspects of its indigent defense system. The council wanted to know why cases were taking longer to resolve and whether it was connected to changes in the way the courts hear cases.

The pandemic delayed that review. And in the meantime the Sixth Amendment Center told Blodgett it needed to examine the council’s entire indigent defense system to make recommendations. The report Blodgett got went far beyond what the council wanted. But she said one recommendation made sense: creating the backup public defender program.

The state would continue to pay private attorneys to take conflict cases when necessary, but it would need to do that less often with the backup public defender office, Blodgett said. Right now, her office sometimes calls 15 or more attorneys before it finds one willing to take an indigent case.

Retaining the private contract attorneys is counter to the report’s recommendation. It argues compensating private attorneys at $90 an hour to take conflict cases is a financial disincentive to provide a time-consuming robust defense in a complicated case.

“Those attorneys are placed in an untenable situation in which they are asked to carry excessive caseloads while being undercompensated,” the report said.