Peterboro Baskets to shut its doors after 168 years 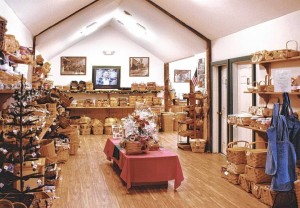 The continent-wide destruction of ash trees caused by an invasive insect has taken an economic toll in New Hampshire: The Peterboro Basket Co. is shutting down after making its specialty baskets for 168 years, partly because it can’t get enough of the right sort of wood.

The company’s baskets are mostly made of interwoven ash strips, principally from Appalachian white ash, the same wood traditionally used for ax handles and baseball bats.

“For some years the emerald ash borer beetle has reduced the availability of the wood used to make the baskets,” the company said in an online statement. “The decision has been made to close the factory and stop production of these quality, handmade baskets.”

Production will wind up this summer or fall and all baskets are currently being sold at a 35 percent discount. The company makes baskets for a variety of uses, from hosting a picnic to holding laundry to carrying crops harvested from the garden.

The company statement said other factors played into the decision to shut including supply chain issues, “extreme labor shortages for manufacturing the baskets” and the fact that the owners “are ready to retire.”

The beetle bores under the bark of ash trees, carrying a fungus that spreads through the tree’s circulatory system. It is expected to kill virtually all standing trees of most ash species, including white ash, although three species of wasp are being tested in New Hampshire and elsewhere that may enable ash trees to return in future decades.

Major League Baseball is testing alterative woods, anticipating a loss of the ash that has historically been used for its bats.