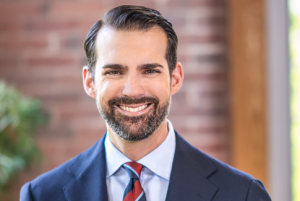 When I wrote about NFTs in these pages last summer, I explained what they were and how they related to intellectual property. As a quick refresher: NFTs are digital tokens that use blockchain technology to act as proof of “ownership” of some rights associated with a separate and often digital asset. They are like a digital ticket stub that proves you went to the big game. When someone buys an NFT they typically do not buy the IP associated with it. For example, if you buy an NFT of a piece of digital art, you likely acquire a license to display the art, but not a copyright in the art or the right to charge someone else to view it.

The interplay between IP and NFTs has continued to evolve. Recently, Nike filed a trademark infringement suit against a company called Stockx for selling Nike-branded NFTs. Trademark law is, broadly speaking, about allowing brand owners to protect the trademarks they use to signal to consumers the association between their brand and the goods or services for sale.

If I see a swoosh on the side of a shoe, I know that Nike is the company selling it. Trademark law protects trademark owners like Nike against others using their branding in a way that is likely to cause confusion about who is selling the product.

Nike has filed suit against Stockx because, Nike claims, Stockx’s sale of NFTs containing Nike branding suggests that Nike is the company selling the NFT. Stockx claims that consumers will understand the difference between an NFT and a pair of shoes and therefore won’t be confused about whether Nike is selling the NFT.

That may be true, but the case implicates a different question — Nike clearly owns its brand in the real world, but does its trademark rights extend to the digital world? Certainly it does on the internet. Nobody would suggest that it is OK for any company but Nike to display shoes with Nike branding on a website. But the website would ultimately be selling a pair of actual shoes. An NFT exists in an entirely digital world, which many have called the “metaverse.” Does Nike have exclusive rights to sell Nike-branded sneakers in the metaverse because it has those rights in the real world? That remains to be seen.

Similar questions have arisen in copyright law. Miramax Studios is suing the director Quentin Tarantino over his attempt to sell NFTs of his screenplay for the film “Pulp Fiction.” Tarantino wrote the screenplay, and in 1993 he licensed the rights to his work to Miramax, although he reserved the right to sell print publications of the screenplay.

You might wonder why, if Tarantino has the right to sell copies of his screenplay, he cannot sell NFTs of the same work. According to Miramax, Tarantino’s 1993 agreement could not have reserved rights to sell NFTs of the script to him because NFTs did not exist in 1993. That makes sense, but then again, as the original author of the script, Tarantino would have held all copyrights he did not license to Miramax, so how could he have licensed to the studio rights that did not exist yet?

As if those questions were not difficult enough, they get even more complicated when they arise in an entirely digital world.

Consider video games. If you have kids (and maybe if you don’t), you may be familiar with Nintendo’s Mario Kart series. What if Nintendo allowed players to purchase karts with Toyota branding for a limited time, so that some players could race with Toyota-branded cars and others could not? What kind of IP rights does that player have to that kart? Can the player resell it to another player the same way a sneakerhead might resell a rare pair of Nikes?

The law has some catching up to do if it is going to answer these questions, but that dynamic is nothing new. When the internet exploded in the 1990s, lawyers and judges were tasked with applying existing IP law to next technology. The same thing happened again in the 2000s with the rise of social media. The law is flexible enough to answer these new questions using old concepts and cases like the Nike/Stockx litigation and Tarantino’s litigation with Miramax will be the first to provide guidance. Like the New England weather, the only thing we know for sure is that things will change.

Attorney Ned Sackman, a shareholder at Bernstein Shur, works out of the firm’s Manchester office and specializes in dealer-side automotive and intellectual property matters.